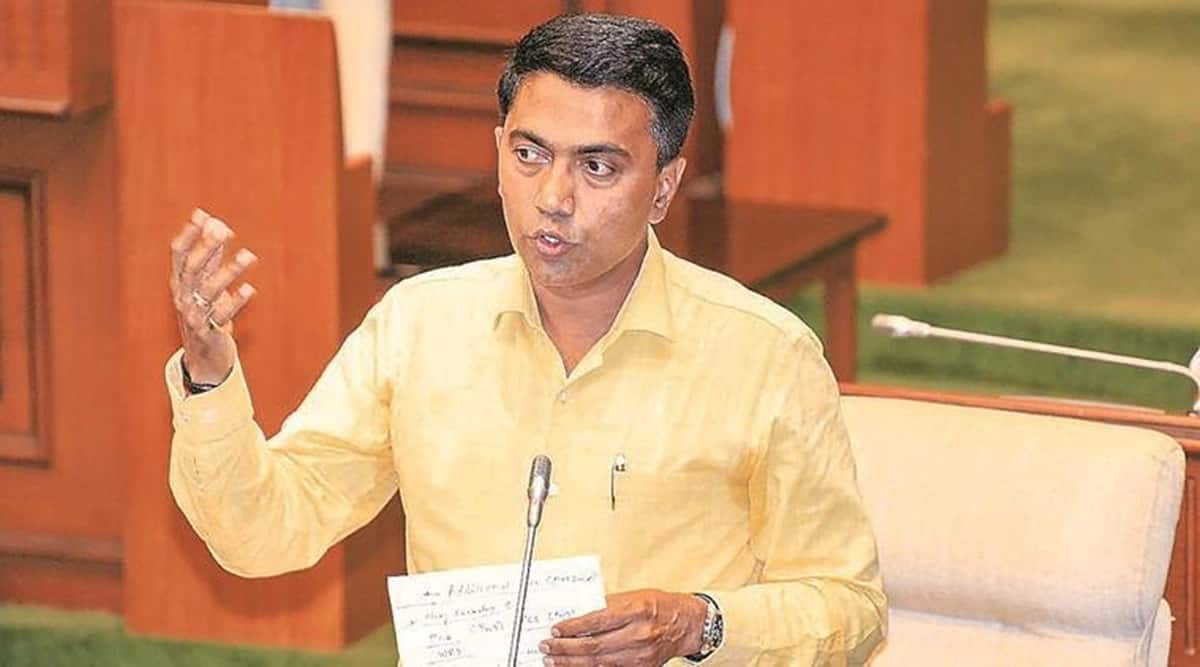 After choosing the next chief minister, BJP leaders and MLAs met Governor P S Sreedharan Pillai at the Raj Bhavan to stake a claim to form the new government.

The BJP on Monday ended the suspense over the name of next Goa chief minister, picking Pramod Sawant for a second straight term in office. The announcement, which came 11 days after the BJP won the Assembly polls in Goa, thereby dashed the hopes of former state health minister Vishwajit Rane, who was a frontrunner for the top post.

The BJP won 20 seats in the 40-member House and secured the support of two MLAs of the MGP and three Independents.

Sawant’s name for the top post was cleared at a meeting of the newly elected BJP MLAs and senior party leaders in Panaji in the evening. The meeting was also attended by BJP central observers Narendra Singh Tomar and L Murugan, Assembly poll in-charge Devendra Fadnavis and the party’s state unit president, Sadanand Shet Tanavade.

“I want to thank PM Narendra Modi and Union HM Amit Shah to have given me the opportunity to work as the CM of Goa for next 5 years. I am glad that the people of Goa have accepted me. I’ll do everything possible to work for development of the state,” Sawant said.

After choosing the next chief minister, BJP leaders and MLAs met Governor P S Sreedharan Pillai at the Raj Bhavan to stake a claim to form the new government.

Tomar said MLA Vishwajit Rane proposed Sawant’s name as the leader of the BJP legislature party. His proposal was seconded by other MLAs, including Mauvin Godinho and Rohan Khaunte. Tomar said Sawant’s election was unanimous.

I don’t look for easy films to direct: Ajay Devgn

Rubina Dilaik on overcoming marital issues with Abhinav Shukla: The journey has made me a better person