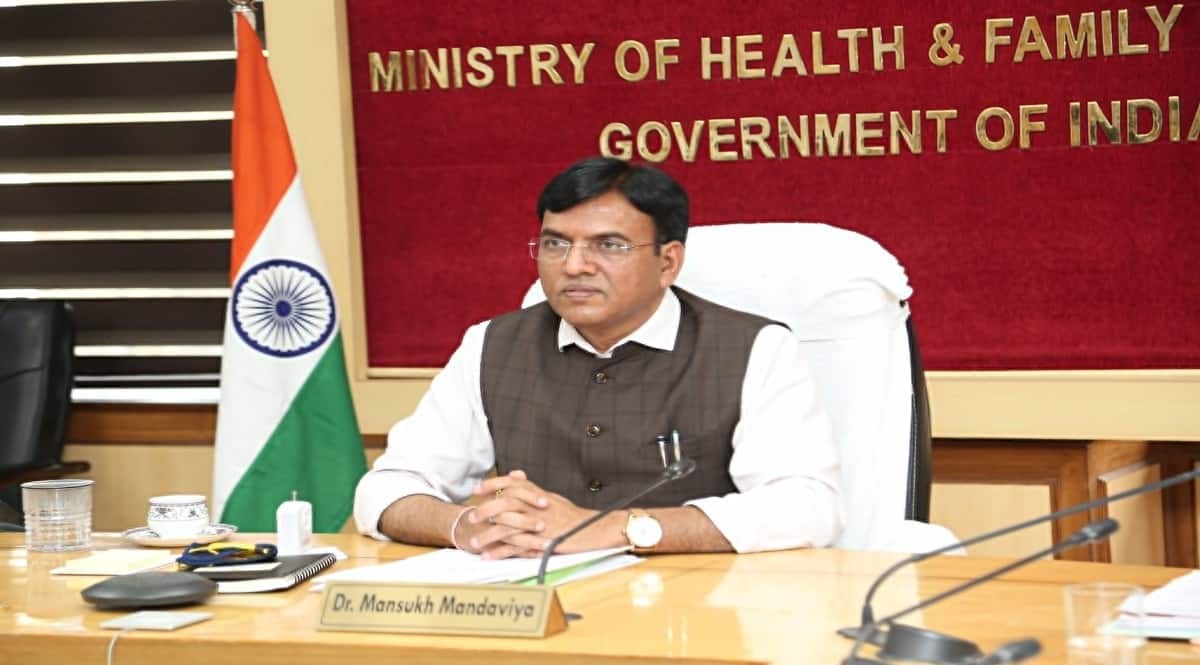 At the virtual launch, Mandaviya conveyed his gratitude and appreciation towards BRICS countries for collectively undertaking scientific efforts towards research and development of vaccines, the statement said.

Pitching for joint efforts to achieve the WHO’s vaccination target against COVID-19, Union Health Minister Mansukh Mandaviya said on Tuesday that India is willing to offer its robust manufacturing industry for developing vaccines for BRICS countries as well as the world.

India has one of the world’s largest vaccine manufacturing industries which supplies vaccines to more than 150 countries and meets 65-70 per cent of the WHO’s vaccine requirements, Mandaviya said as he launched the BRICS Vaccine R&D Centre and Workshop on Vaccine Cooperation through video-conference here.
“India is willing to offer its robust vaccine manufacturing industry for developing vaccines for BRICS countries (Brazil, Russia, India, China and South Africa) as well as the world,” the minister said.

BRICS countries should work together to support endeavours to achieve the WHO’s target of vaccinating 70 per cent of the world’s population with COVID-19 vaccines by mid-2022, the minister said.

Mandaviya said the new centre will help to pool together complementary advantages of BRICS countries in vaccine research and development and boost the capacity of BRICS countries to prevent and control infectious diseases and provide timely help to other developing countries in need, according to a Health Ministry statement.

It should entail basic research and development (R&D), preclinical and clinical studies and strengthen BRICS countries laboratory capacities to develop and standardize assays for testing vaccine candidates, he stated.
“The centre will be instrumental in streamlining vaccination resources and facilitate equitable access to safe and efficacious COVID-19 vaccines,” Mandaviya said.

“BRICS Vaccine R&D Centre is a welcome initiative to collaborate with countries, share experiences, build collaborations for mutual benefits and accelerate development of vaccine of public health importance. This will enable saving lives and livelihood to propel us towards economic recovery for the citizens of BRICS countries and the world,” he said.

At the virtual launch, Mandaviya conveyed his gratitude and appreciation towards BRICS countries for collectively undertaking scientific efforts towards research and development of vaccines, the statement said.

“Amidst a global pandemic, I appreciate BRICS presidency for coordinating the launch of this centre. This is a testament of the commitment of BRICS countries towards global pandemic response,” he stated.

The minister applauded all those who have worked towards vaccine research and development.
“I would like to convey my gratitude and appreciation for the relentless efforts of health professionals, scientists, researchers, drug regulatory authorities, and policy makers locally and globally, who have served as the backbone of the health system and vaccine development since the onset of pandemic.” He further stated that development and approval of safe and effective vaccines for COVID-19 in less than a year after the emergence of the virus is an incredible scientific achievement and has shown what is possible in future vaccine development.

Mandaviya stated that the WHO’s R&D blueprint and international health regulations should be the guiding principles for this centre and further proposed that “BRICS countries should work together to support endeavours such as ACT-A, COVAX, CEPI, etc., to achieve the WHO’s laid target of vaccinating 70 per cent of the world’s population with COVID-19 vaccines by mid-2022.” He added that apart from pandemic and health emergencies, there is an ample scope of collaboration among countries like in the field of vaccine preventable diseases with high morbidity and mortality and for those diseases with no vaccines available currently such as AIDS and TB, the statement said.

Mandaviya said India has so far administered more than 1.81 billion vaccination doses.
This wouldn’t have been possible without a robust and favourable ecosystem of vaccine R&D in the country, he stressed.
“India has also so far approved nine vaccines for COVID-19 emergency use, of which five are indigenous. This also involves world’s first-of-a-kind m-RNA vaccine Gennova that has been developed indigenously, and produced outside WHO transfer technology programme,” he said.

He said the vaccine industry in India functions in a dual mode — De-novo product development i.e., within the country and technology transfer through local-global partnership. He invited stakeholders to collaborate with India as “we have prioritised strengthening vaccine research and development efforts for diseases of local as well as global relevance.”