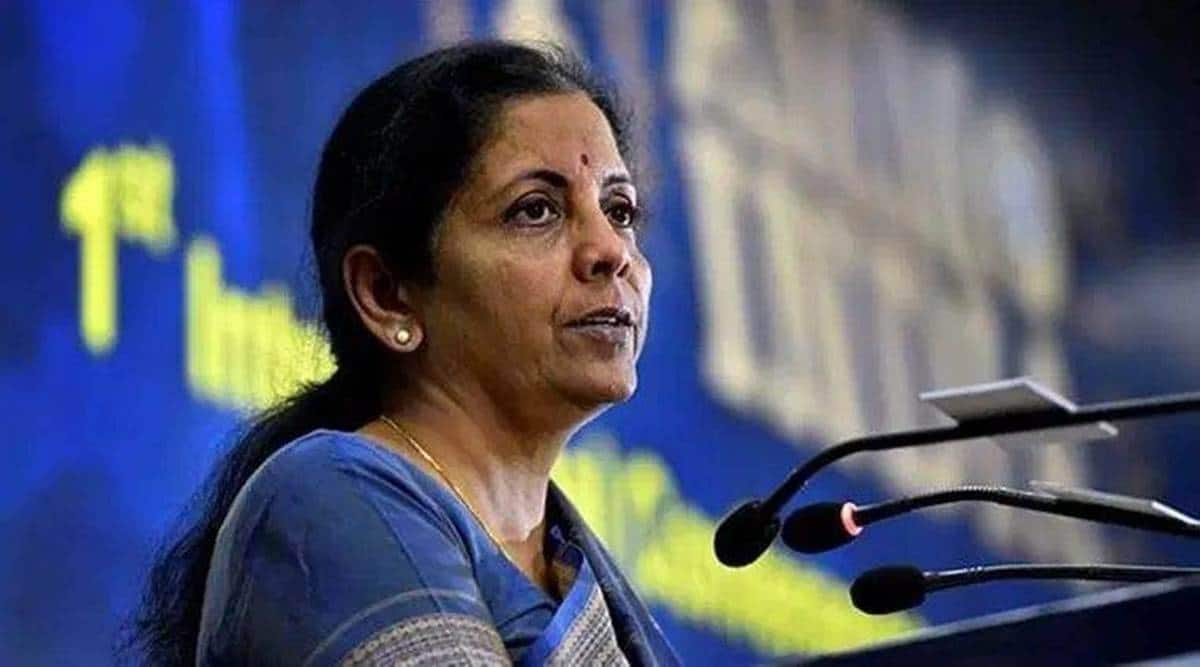 India relies on overseas purchases to meet about 85 per cent of its oil requirement.

Finance Minister Nirmala Sitharaman on Tuesday hinted that the current spike in international oil prices may upset provisions of her Union Budget for the fiscal year beginning April 1 as she voiced concern over the impact of spiralling oil rates on the Indian economy.

“It (rising crude prices) will have a bearing. We have made some provisions for it in the Budget (for fiscal 2022-23). But that provision is only based on some average (price of oil) prevailing earlier but now is beyond that. So, we will have to see how we can work it out,” she said at an interactive session organised by BJP’s Karnataka unit in Bengaluru.

International crude oil prices shot up to 14-year high of USD 140 per barrel on Monday before retracting to near USD 129 on Tuesday. But even this rate is 50 per cent higher than the USD 80-87 range of January when most of the Budget 2022-23 would have been prepared.

Sitharaman presented the Budget on February 1.

India relies on overseas purchases to meet about 85 per cent of its oil requirement, making it one of the most vulnerable in Asia to higher oil prices. The twin blows of oil prices, already up more than 60 per cent this year, and a weakening rupee may hurt the nation’s finances, upend a nascent economic recovery and fire up inflation.

“It will certainly have an impact on the Indian economy,” Sitharaman said. “How much we are going to be prepared to take it as a challenge and mitigate the impact is something which we will have to see as we go (along).” International oil prices have been on the boil ever since Russia put its forces on the Ukraine border last month. They spiked after it invaded the eastern European nation on fears that oil and gas supplies from energy giant Russia could be disrupted, either by the conflict in Ukraine or retaliatory Western sanctions.

While Western sanctions have so far kept energy trade out, a prospect of a full embargo of Russian oil and products is leading to the latest rally in international oil prices.

But Indian consumers have so far largely remained insulated as PSU oil firms have for over four months not changed prices in view of assembly elections in states like Uttar Pradesh. While petrol and diesel prices are due to revision anytime as the polling has ended, the indirect effect on the industry in the form of higher input cost is already being felt across sectors.

There are concerns that elevated oil prices will fire up inflation which is already above the RBI’s tolerance range of 6 per cent.

Noting that India imports more than 85 per cent of its crude oil requirements, Sitharaman said when oil prices go up, it is a matter of concern and “now we will have to see how it pans out”.

She said oil marketing companies fix pump prices daily based on a 15-day rolling average. “But now averages and beyond averages are the numbers that we are talking about.” The government is watching to see if there are alternative sources from where it can get crude, she said, but hastened to add: “Obviously global markets are all equally unthinkable at various sources.” Separately, Oil Minister Hardeep Singh Puri in New Delhi said oil companies will decide on petrol and diesel pricing as he rejected suggestions that a 124-day freeze in rates despite a 60 per cent jump in the cost of raw material was dictated by the government.

He, however, assured that like in past there will be no shortage of fuel anywhere in the country.

“I assure you all that there will be no shortage,” he said. “But now, because of tension and the military action in Ukraine, it (the oil prices) has gone up. The oil companies will take a decision in this regard (to hike prices).” “To say that the government had controlled oil prices due to elections is not correct…We will make sure that our energy requirements are met,” Puri said.

On Tuesday, CNG price in the national capital and adjoining cities was hiked by Rs 0.50 per kg, while an imminent increase in petrol and diesel price has been put on wait-and-watch mode for more clarity on global oil prices.

CNG price in NCT of Delhi has been increased to Rs 57.51 per kg from Rs 56.51, according to information posted on the website of Indraprastha Gas Ltd — the firm which retails CNG and piped cooking gas in the national capital.

Following the firming up of international gas rates, IGL has been raising CNG rates by up to 50 paise (Rs 0.50) per kg periodically. Prices have gone up by about Rs 4 per kg this year alone.

Apart from Delhi, CNG will be Re 1 per kg more expensive in Noida, Greater Noida, and Ghaziabad. From Tuesday, it will cost Rs 59.58 per kg.

Rates differ from state to state depending on the incidence of local taxes.

There is no rate change in Mumbai, where CNG costs Rs 66 per kg.

IGL has also not changed the price of piped cooking gas supplied to household kitchens.

However, an increase in petrol and diesel prices, which was expected after the ending of the multi-phase polling in Uttar Pradesh, was not affected on Tuesday.

“We are watching the situation closely. We need to see if the current spike in international oil prices is a temporary phenomenon or is it here to stay,” a senior executive with one of the three retailers said.

The situation, he said, will be watched for “a couple of more days” before arriving at any decision on price revision.

Mukesh Khanna says Shaktimaan can do everything, has no competition with the Avengers