The London Metal Exchange halted electronic trading in nickel minutes after it restarted, citing a technical issue with its new daily limit, as prices plunged when the market opened after a week-long suspension.

Trading briefly restarted at 8 a.m. and nickel futures immediately fell through the 5% daily window before the market was suspended again. The exchange said it halted electronic trading to investigate the problem and will cancel a “small number” of transactions. Phone-based trading remains open and brokers in the open-outcry floor known as “the Ring” will also trade nickel later today.

The drop in prices is a sign that last week’s historic short squeeze is easing. It narrows the gap between nickel contracts on the LME and those on Shanghai Futures Exchange, which have continued trading during the suspension. Last Tuesday’s historic decision to halt trading came after spiraling prices left some brokers scrambling to pay huge margin calls against bearish positions held by top producer Tsingshan Group Holding Co.

But the forced halt is an embarrassing setback for the 145-year-old exchange, which is the world’s main venue for setting prices and trading some of the most important industrial metals. The LME was already facing harsh criticism before Wednesday’s debacle, after taking the decisions to suspend the nickel market and cancel several hours of trades when a short squeeze sparked a massive price spike last week. 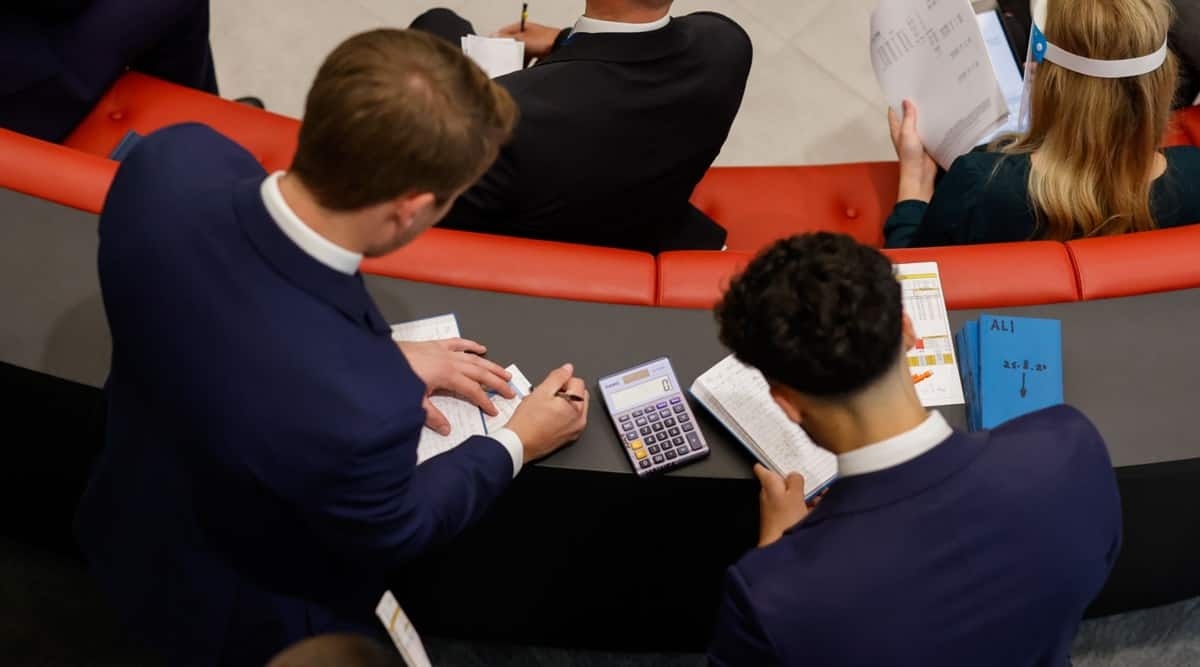 Traders make notes on the trading floor of the open outcry pit at the London Metal Exchange Ltd. (LME) in London, U.K., on Monday, Sept. 6, 2021. (Bloomberg)

“What a debacle,” said Ole Hansen, head of commodities strategy at Saxo Bank A/s. “The LME is not doing itself any favors.”

The electronic-trading issues could end up breathing fresh life into the LME’s open-outcry trading floor, which has shrunk in importance in recent years. The LME tried to close the Ring last year, but canceled the plan after a backlash from some of its members.

“It’s a time when the Ring really earns its salt as a venue for true price discovery,” Colin Hamilton, managing director for commodities research at BMO Capital Markets, said by phone from London.

The LME announced it would reopen the nickel market this week after Tsingshan secured a standstill agreement with its banks. Commodities markets have been hit by a wave of selling since the LME halted trading to defuse the unprecedented rally that it said posed a systemic threat to its market, although other metals regained some ground on Wednesday.

Most analyst and traders in a Bloomberg survey on Tuesday had predicted that prices would drop by the new exchange limit when the market reopened.

Only 206 lots, or 1,236 tons of nickel, changed hands before the market stopped trading within seconds on Wednesday morning. Most of those trades took place at the limit price of $45,590 a ton. Several trades appeared to be at prices below the 5% limit.

More than 8,600 contracts, or 51,600 tons of nickel, were offered for sale in the electronic order book as the market opened, versus 3 contracts bid.

“In some sense it went as expected, in that we all expected it to fall, but it was just a question of how quickly,” Hamilton said.

Shehnaaz Gill gives pep talk to fans in new video: ‘Achieve the best in your field’