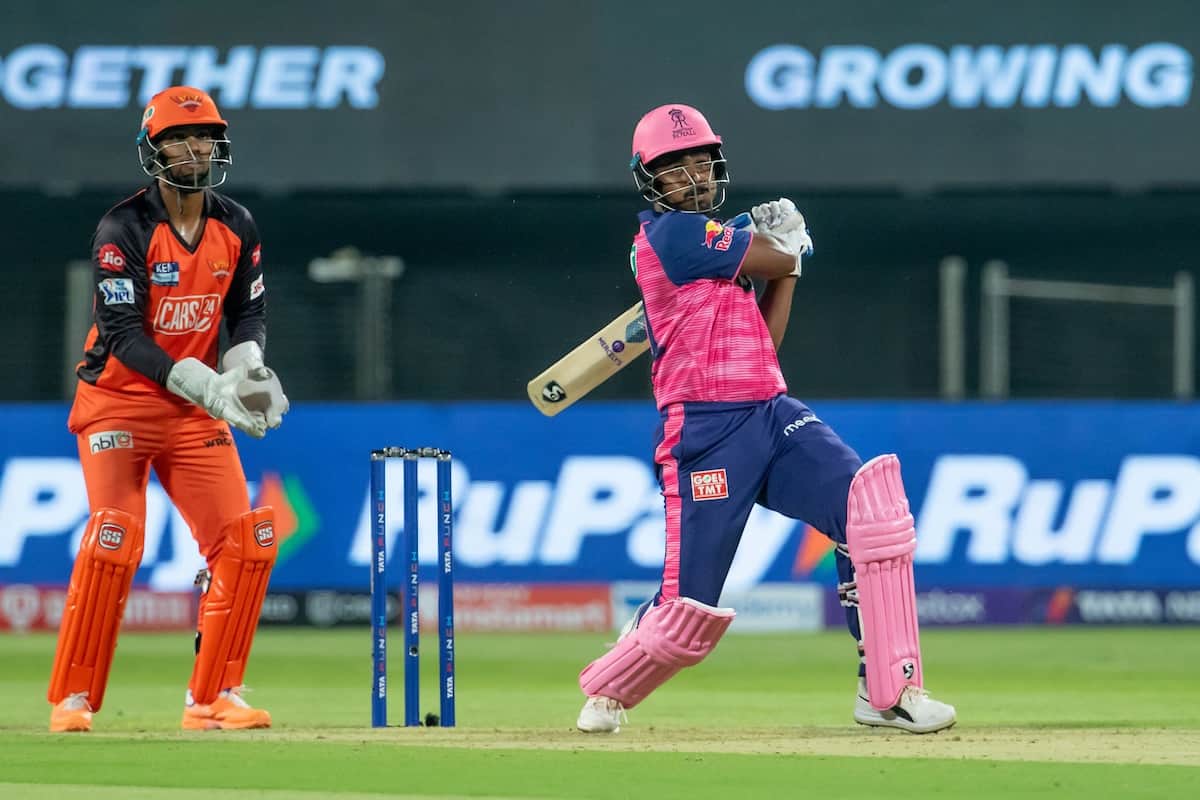 A new-look and re-energised Rajasthan Royals attacked from the outset and inflicted on Sunrisers Hyderabad a 61-run hammering to begin their campaign in IPL-15 on a rousing note here on Tuesday.

RR got the better of SRH in every department after skipper Sanju Samson led from the front with a scintillating 27-ball 55 to power his team to an imposing 210 for six.

Smarting from the pounding in the first half of their opening fixture, SRH failed to pose any serious threat to RR after a disastrous start to their innings, which saw them slip to 9/3 and then 29/4.

In the end, Kane Williamson’s (2) team was stopped at 149 for seven, with the captain himself enduring a bad day in office.

SRH wouldn’t have got even that many had it not been for Aiden Markram’s unbeaten 57 and Washington Sundar’s 14-ball 40, the latter somewhat making up with the willow after his forgettable outing with the ball.

SRH’s top-order batting was in stark contrast to Samson and Devdutt Padikkal (41 off 29 balls; 4×4; 6×2), who added 73 runs for the third wicket off 41 balls, before Shimron Hetmyer used his brute power to clobber 32 in only 13 deliveries and take RR past 200.

Samson’s six-hitting prowess was on display as he struck five maximums and three boundaries, sparing no bowler during his entertaining stay in the middle.

A clinical show by the bowlers, led by leg-spinner Yuzvedra Chahal (3/22 in 4 overs), then completed the task for RR.

Chasing an improbable 211, Sunrisers lost key batter Williamson after a diving catch by Padikkal before Rahul Tripathi (0) became Prasidh Krishna’s second victim of the day. It became 9/3 as Trent Boult trapped Nicolas Pooran (0) in front of the wicket.

To make matters worse, Chahal removed two more batters in Abhishek Sharma and Abdul Samad in quick succession, as Sunrisers lost half their side for 37 runs and stared at a heavy defeat.

But Markram, Romario Shepherd (24) and Sundar, who got 24 runs in the 17th over, delayed the inevitable and reduced the margin of defeat.

During the final over, pacer Nathan Coulter-Nile injured himself while landing and was taken off.

Put into bat, Royals opener Jos Buttler got a life on zero courtesy a no ball. Buttler (35) and Yashasvi Jaiswal (20) then gave the side a flying start, adding 58 runs to lay the foundation for a big total.

Buttler was brutal on Umran Malik, hammering him for two fours and two maximums in the fourth over, as RR collected 21 runs.

The two openers then struck a six each off Sundar (0/47) in the next over as RR raced to 52 for no loss in five overs.

Jaiswal however perished in the seventh over, holing out to Markram off Shepherd. While Buttler, who hit three fours and as many sixes, was dismissed at the start of the ninth over as RR slipped to 75 for two.

Showing intent straightaway, Samson started with a four and a six over long-off and hit another maximum over fine-leg, taking on the SRH attack with gusto.

While Samson found the fence at will, Padikkal too got into the groove and began attacking in the 12th over when he pulled T Natarajan for a maximum.

Samson was again brutal on Sundar, striking him for two successive sixes in the 16th over as RR marched on.

SRH removed Paddikkal and Samson in quick succession, but a lot of damage had been done by then, before Hetmyer compounded the bowling team’s woes with his massive hits as RR scored 123 runs in the back 10.