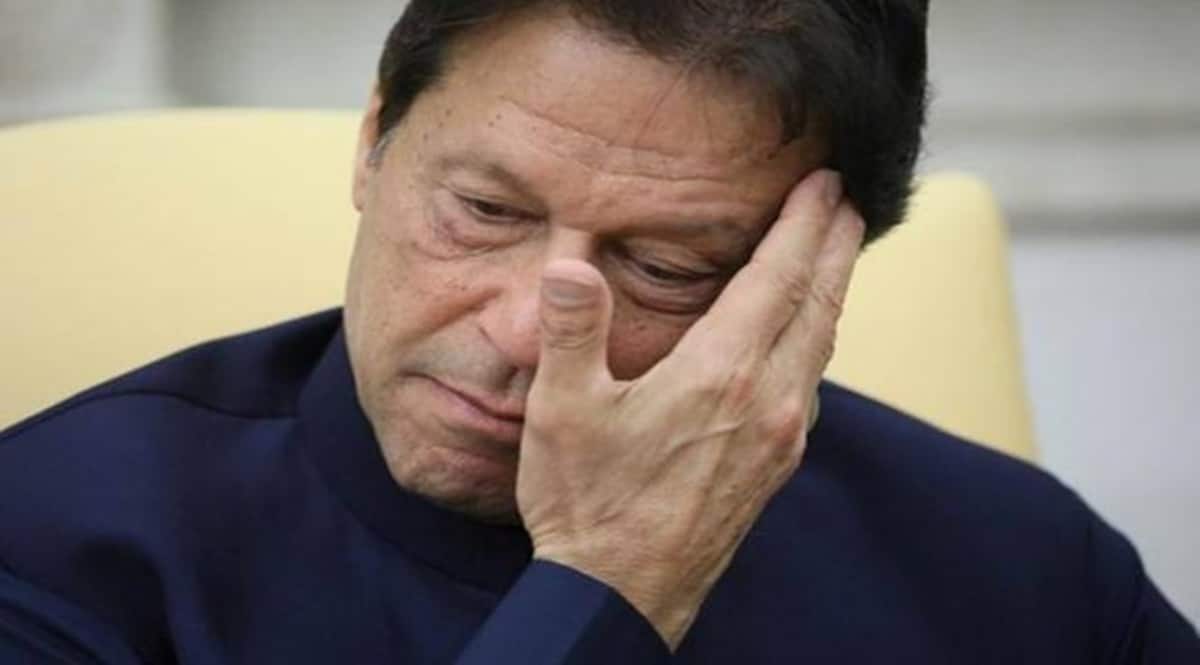 As many as 17 MNAs belong to these four coalition parties or alliances and the ruling party had the support of 179 MNAs at present, it said.

Four key coalition partners of Pakistan Prime Minister Imran Khan-led government have not yet decided their stance over the Opposition’s no-confidence motion against him, with one of them even “blackmailing” in return for support, giving the ruling Pakistan Tehreek-i-Insaf (PTI) party sleepless nights ahead of the crucial vote in Parliament, a media report said on Sunday.

The Pakistan Muslim League-Q (PML-Q), an important ally of the PTI at the Centre and the Punjab province, has reportedly asked Prime Minister Khan to announce Chaudhry Parvez Elahi as the replacement of Punjab Chief Minister Usman Buzdar before calling the National Assembly session to take up the Opposition’s no-trust motion, the Dawn newspaper reported.

Interior Minister Sheikh Rashid Ahmed on Saturday alleged that the PML-Q was “blackmailing” the government in return for support, it said.
Criticising Ahmed, Federal Minister for Water Resources Chaudhry Moonis Elahi took to Twitter to allege that the interior minister “used to take money from the party’s elders during his student life”.

His “blackmail” remark had come during a press conference in Quetta when the PML-Q leaders, after holding a consultative meeting here on Saturday, decided to meet again on Sunday to finalise the party’s stance and strategy, the report said.

The exchange of such acrimonious remarks from both the sides clearly indicates that the gulf between the ruling PTI and the PML-Q has started widening, the report said, adding that the PML-Q also criticised Prime Minister Khan for his recent utterances.

“We condemn the prime minister’s speech. We consider it shameful and below the status of the prime minister,” said PML-Q senator Kamil Ali Agha.
Asked about the reason behind the delay in decision-making, which was adding to the country’s political uncertainty besides giving sleepless nights to the ruling party, Agha said that his party leadership always took decisions after consultations and deliberations.

In response to another question, Agha refuted media reports that Information Minister Fawad Chaudhry had asked them to merge the party into the PTI to get the Chief Minister’s office of Punjab.

The PML-Q Senator ridiculed the information minister and said that they did not consider him an appropriate person to talk about such serious political matters.
Agha also hit out at the interior minister for targeting the PML-Q and said it seemed that he was in a fear of losing the ministry.
The PML-Q Senator further said that Ahmed always got the ministries in the past by “pleading” and through sycophancy.

The PML-Q has now acquired a central role in the ongoing political drama despite having only five Members of the National Assembly (MNAs), the report said.
It seems that the three other allies — the Muttahida Qaumi Movement-Pakistan (MQM-P), the Balochistan Awami Party (BAP) and the Grand Democratic Alliance (GDA) — are waiting for each other to make a decision, it said.

Given the party’s position in the National Assembly, it is clear that if any two of the four allies make a decision to quit the ruling coalition, Prime Minister Khan will lose the majority in the 342-member house, the report said.

As many as 17 MNAs belong to these four coalition parties or alliances and the ruling party had the support of 179 MNAs at present, it said.
Earlier, Interior Minister Ahmed said that he was standing with the prime minister like a rock but not responsible for the other allies “as even those having five members are blackmailing for chief ministership in Punjab”.

When asked whom he was calling a blackmailer, he said, “I’m talking about Punjab politics.” He said the government had decided to deploy Rangers and Frontier Corps personnel for security of the Parliament House and Parliament Lodges seven days prior to the voting on no-confidence motion so that there would remain no complaint of law and order.

Under Article 245 of the Constitution, he said, the government could summon the army as well, nevertheless the situation had not reached that point yet.
In a separate development, the National Assembly (NA) Secretariat has declared the Opposition parties’ no-confidence motion against Prime Minister Khan legitimate, Geo News reported.

The NA Secretariat has advised Speaker Asad Qaiser to summon the session before March 22, it said.

On paper, Khan still enjoys a majority, comprising 155 members of his Pakistan Tehreek-i-Insaf and 23 from coalition partners, including five each from Pakistan Muslim League (PML) and Balochistan Awami Party (BAP), three from Grand Democratic Alliance (GDA), one each from Awami Muslim League (AML) and Jamhoori Watan Party (JWP) and one independent member.

The Opposition has claimed that they have the backing of 28 lawmakers of the ruling party and others from an ally of the government.
Prime Minister Khan, 69, came to power in 2018 and the next general election is scheduled to be held in 2023.

In the 342-member National Assembly, the Opposition needed the support of 172 members to oust Prime Minister Khan.

Last year, Khan received 178 votes when he sought a vote of confidence after a candidate supported by his party lost the Senate election.
The Speaker of the National Assembly is expected to call the lower house in session by March 22, while voting on the no-confidence motion must take place between March 26 and March 30, an earlier Dawn report said.

7 immersive role-playing games to get lost in

Tehseen Poonawalla evicted from Kangana Ranaut’s Lock Upp, reveals a big industrialist asked him to sleep with his wife