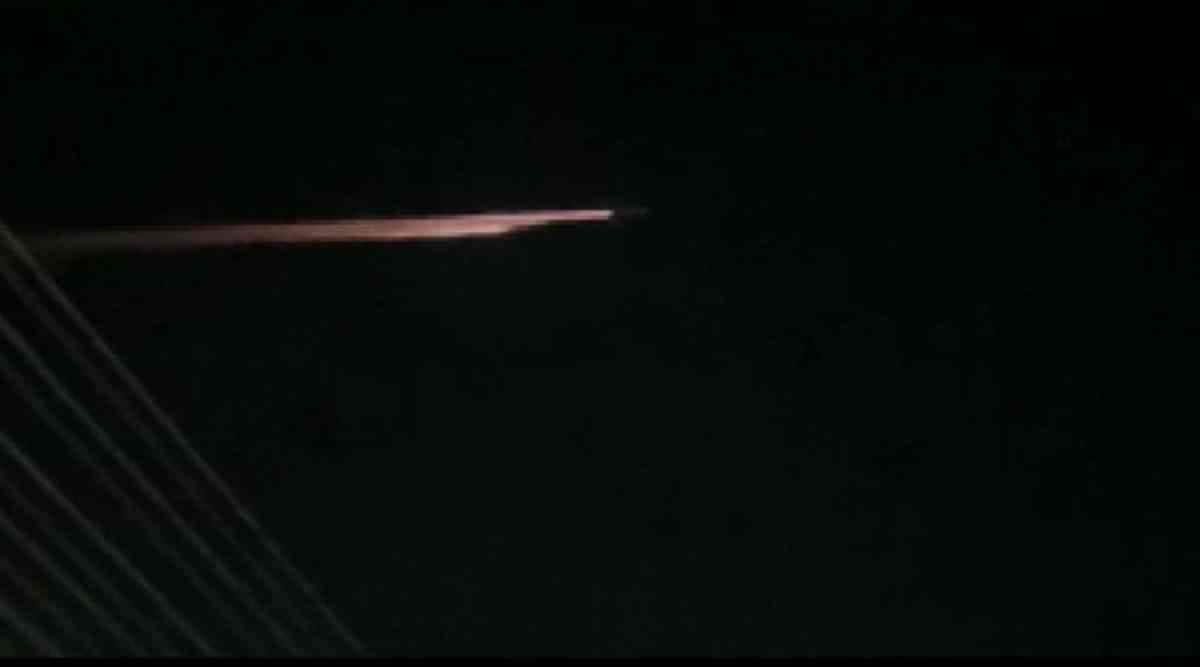 A metal ring and a cylinder-like object were found in two villages in Sindewahi tehsil in Chandrapur district of Maharashtra where unidentified burning objects had fallen from the sky, an official said on Sunday. Chandrapur district collector Ajay Gulhane told PTI that local people spotted an iron ring lying in an open plot in Ladbori village in Sindewahi tehsil around 7.50 PM on Saturday.

“The metal ring was not there earlier so it can be said that it fell (from the sky) yesterday,” he said.

Gulhane said the disaster management control room in Mumbai was informed and a team may visit the spot in the Chandrapur district. He said a cylinder-like object was found in Pawanpar village, also in Sindewahi tehsil, on Sunday morning.

“It is a cylinder-like thing measuring 1 to 1.5 feet in diameter. It has been collected for examination. We had sent talathis (junior revenue officials) to every village in the district to find if more parts of objects, if any, are lying scattered,” the collector said.

On Saturday, several social media users had reported seeing unidentified burning objects falling from the sky in parts of Maharashtra as well as in some districts of Madhya Pradesh.

Officials had said that an “aluminium and steel object” reportedly fell at Ladbori village in Sindewahi tehsil around 7.45 pm.Such sightings were reported in Buldhana, Akola and Jalgaon districts of Maharashtra around 7.30 pm, and also from Barwani, Bhopal, Indore, Betul and Dhar districts of neighbouring Madhya Pradesh.

Experts speculated that they could be meteorites entering the Earth’s atmosphere or the pieces of rocket boosters which fall off after a satellite launch.