Rani Mukerji celebrated her 44th birthday with her family and friends on Monday. Apart from partying with her close ones from the film industry, she also went for a birthday lunch with her filmmaker-husband Aditya Chopra. The couple was photographed in Mumbai’s Bandra. It was also one of the rare appearances of Chopra, who prefers to stay away from the paparazzi.

Rani was spotted at a restaurant wearing a blue denim dress which she paired with a pair of sneakers. She was twinning with her husband who wore a blue sweatshirt and blue denim for his wife’s birthday lunch. He was seen carrying two ice-creams in his hands. 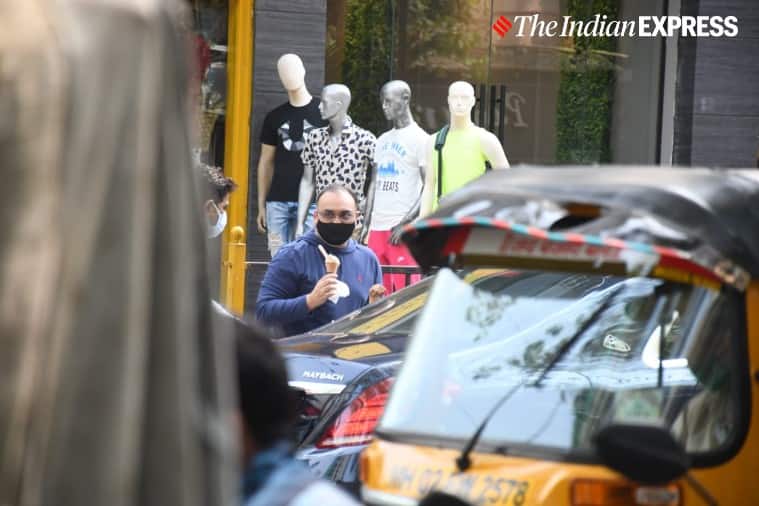 Recently, in an interview with Mid-Day, Rani talked about her daughter Adira. Though it is known that the actor has instructed the paparazzi to not click pictures of her daughter, she revealed even Adira doesn’t like to be photographed.

She shared how Adira shouts “No mumma, no photo,” when she spots photographers around her. Narrating an incident when she came back from the airport, Rani revealed that Adira was not happy with the paparazzi clicking pictures of her mother too. She told Rani, “Yeh bhaiya log bahot ganda hai na mumma aapka photo hamesha lete rehta hai (these people keep clicking pictures of you, they’re very bad).’ So I said ‘haan bhaiya log bahut ganda hai. (Yes they are very bad).’ Then she asks ‘haa mumma kyu lete rehta hai (But why do they click your picture),’ I said ‘mujhe bhi nahi pata babu (Even I don’t know).’”

On the work front, Rani is looking forward to her next movie Mrs Chatterjee vs Norway, a film which she says is very ‘close to her heart’. Calling it an ‘incredible story of human resilience’ Rani said in a statement, “I’m very emotionally invested in this story as it connected with me as an actor and a mother.”

The Kashmir Files Controversy: Who is Filmmaker Nadav Lapid?