Drishyam 2 Box Office Collection Day 2: Drishyam 2 starred Ajay Devgn, Shriya Saran, Tabu, Ishita Dutta, Mrunal Jadhav, Akshaye Khanna, Saurabh Shukla, and Rajat Kapoor. The film which has received mixed to generally favourable reviews from critics and viewers, is also doing well at the box office. The movie made more than Rs 20 crores thanks to positive word-of-mouth and outstanding performances. The wait finally ended as the producers released the second Drishyam instalment, after seven long years. The first instalment, which came out in July 2015, was a follow-up to the movie of the same name starring Mohanlal.

As per trade expert Sumit Kadel, Ajay Devgn-Tabu’s film is expected to witness a growth of over 30% and earn at least Rs 20 crore on the second day at the box office. The tweet read, “#Drishyam2 Saturday – 30-35% growth in morning & early noon shows across India.. Matnee – Evening & Night shows will witness further growth.. Day-2 Biz will be minimum ₹ 20 cr nett..”

The fact that the original Drishyam 2, directed by Jeethu Joseph, was not dubbed in Hindi and that the majority of north Indian audiences had only seen the Hindi rendition of the first part helped the remake succeed. Drishyam 2, which stars Ajay Devgn, is close to being deemed a success after picking up steam on day two. The movie is expected to make over Rs 20 crore on Saturday, bringing its two-day total to above Rs 35 crore, after debuting at Rs 15.38 crore. 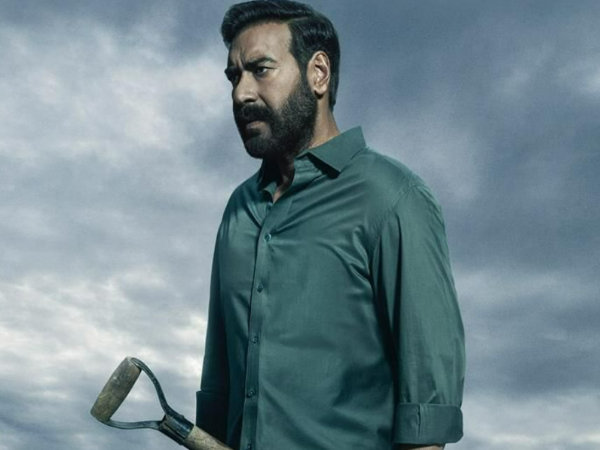 According to trade expert Sumit Kadel, the suspense thriller will only grow in the first weekend of the release. He said, “#AjayDevgn’s #Drishyam2 directed by Abhishek Pathak takes second biggest opening of 2022 , mints ₹ 15.38 cr nett on its Day-1. SATURDAY & SUNDAY GROWTH WILL BE HUGE !!”

Drishyam 2 has surpassed the lifetime earnings of the two other Ajay Devgn movies from 2022, namely Runway 34 and Thank God, in less than two days. The gripping suspense-thriller had the third-best opening day post-pandemic, behind Brahmastra and Sooryavanshi, according to a Box Office India report.

A family of four is the subject of the narrative, and their lives are turned upside down as a result of an unpleasant incident that affects their oldest daughter. In the Abhishek Pathak-directed movie, Ajay Devgn reprises his role as Vijay Salgaonkar. The second chapter continues with a description of how Ajay Devgn’s character maintains his masquerade while seeking to protect his family in a still-open investigation after the disappearance of the former IG’s son.

Watch this space for more box office updates on Drishyam 2!

What is causing my nagging cough? - Times of India