The Fame Game, which marks Madhuri Dixit’s debut in a web series, started streaming on Netflix recently. While the show itself has received mixed reviews, I couldn’t help but notice that yet again, we had a woman protagonist who seemingly has it all, only for the makers to tell us that her life is not as happy as it seems.

Think about it. Every so often, a film and now web series appears featuring a capable, successful, wealthy woman who has found a place at the table. But instead of celebrating the fact that a woman shattered years of patriarchy and discrimination to become successful, we create stories that portray a successful woman as a cautionary tale.

Whether it’s The Fame Game, Human, Aranyak, Bombay Begums, or even international films and shows like The Devil Wears Prada, How to Get Away with Murder, and The Intern; a successful woman is never allowed to truly enjoy her achievements. Either she and her husband don’t have a happy marriage, her children are estranged from her, she has physical and mental health issues and/or she is under a lot of stress. Each story tells other women- see she is successful, but you have the happy marriage. You may not be CEO, but the CEO’s kids don’t like her. She may be on a magazine cover, but she is a mess behind closed doors.

When it comes to depicting successful women in stories our makers are wary about showing them as role models whose journey would encourage more women to pursue their dreams. These are women who have made sacrifices, they aren’t perfect, but just because they are women, why is the scrutiny and judgement always harsher? Why does she need to be an ideal mother or wife or daughter to be worthy of respect for the professional success she has earned?

In The Fame Game, for example, Madhuri plays a successful movie star, Anamika Anand, who has been in the business for over 30 years. She is a beloved public figure who is also married and a mother to two teenage kids. However, as the trailer itself revealed, her personal life is a mess. Her marriage is a sham, her kids are troubled, and her mother is insensitive and dominating. In short, she is successful but wretchedly unhappy. In Human, Dr. Gauri Nath, played by Shefali Shah, is the city’s best neurologist. However, it is revealed that she is a sociopath who is turning young girls into human zombies in an illegal drug trial. Interestingly, she also has a troubled relationship with her son, and is mourning the loss of her older child. In Aranayak, Raveena played a tough as nails cop Kasturi Dogra who was both smart and strong. But she is not a great cook, her husband is jealous of her success and her daughter ends up attempting suicide. Bombay Begums had a whole ensemble of cautionary tales. From Pooja Bhatt who was the CEO with a dysfunctional family, to the young intern who is assaulted by a senior male employee, every story said, ambition can put you in the path of unpleasant experiences and unhappiness. 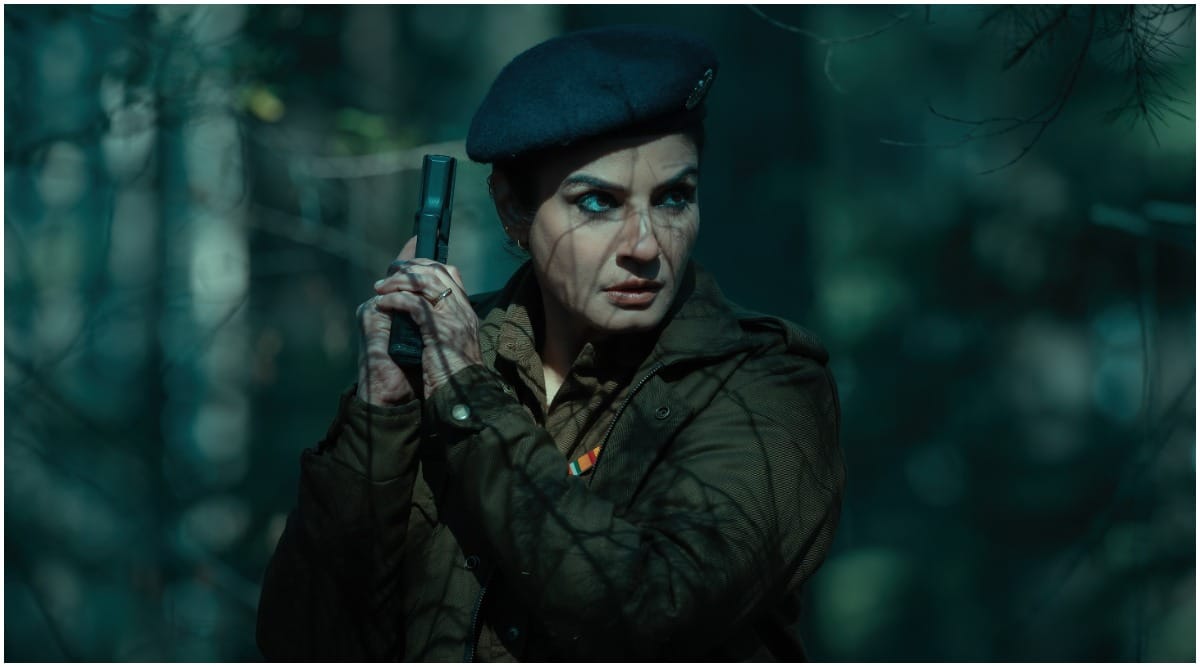 Raveena Tandon in a still from Aranyak.

In The Devil Wears Prada, which in retrospect was a deeply problematic story, Meryl Streep’s Miranda Priestly was an immensely talented editor whose opinion was valued by the best in the business. She undoubtedly got there by being ambitious and looking out for herself, because in the years she was working her way up the ladder, it’s highly unlikely that she was one amongst many women in the room. Instead of portraying her as a tough, demanding boss who expected nothing but the best from her employees, the movie, which was based on a book by the same name, portrayed Miranda as cold, selfish, and positively sadistic. In addition, she has an unhappy marriage and we even see her husband leave her just before the climax of the film.

Not surprisingly then, her young assistant Andrea, who dreams of being a writer, walks away deciding that this is not the life she wants. She chooses instead a mid-level publication, and potentially shrinks her ambitions because the woman in the corner office is a self-absorbed monster. In ‘The Intern’ Hathaway plays a successful entrepreneur who almost decides to give up the CEO position because she discovers her husband has been cheating on her. Though they reconcile and he promises to be more supportive, the fact remains that he is unable to handle her success as a husband and ends up cheating on her.

Apart from Delhi Crime perhaps where the husband and wife share a truly equal and supportive relationship, and the issues she has with her daughter have nothing to do with her career or success, most shows and films featuring a powerful or successful female protagonist, fall prey to reinforcing the stereotype of successful work life and poor personal life. 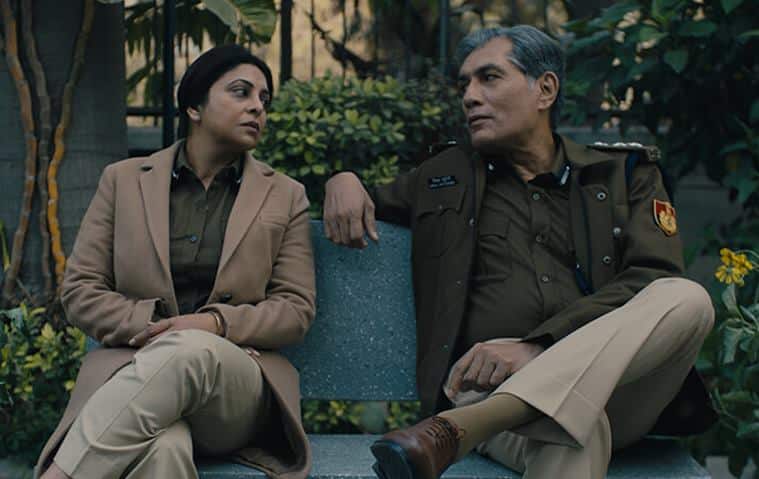 Women struggling to balance their career and personal life is a topic that is discussed pretty regularly in print, in books and on social media. Women in leadership roles are often asked how they balance their personal and professional commitments. Thankfully now, many point out that male CEO’s and men in senior leadership positions are not asked similar questions. It’s just assumed that they work really hard and have a vision for themselves and the company they lead.

The problem is not just that women are often juggling multiple full-time roles, but that their professional achievements are always measured against their domestic capabilities. It’s not enough for a woman to simply be an award-winning doctor, she also has to best mother, wife and daughter. In any country across the world, we still can’t shake off the belief that when it comes to the home and hearth, the woman is the one in charge and the one to be judged.

With OTT platforms and streaming services, we finally have the opportunity to change the narrative, to tell stories that inspire future female leaders, that celebrate a woman’s choices and achievements, and do away with society’s urge to point fingers or look for cracks in her life story. Rocket Boys is a great example of a show that portrayed real, flawed but famous men whose personal lives were less than perfect. Perhaps because they were men, we were more forgiving of their neglect and indiscretion. Or the makers made sure to never adopt a judgemental tone, or diminish the brilliance of their minds by the follies of their hearts.

Ali Wong makes a profound comment in her latest Netflix special ‘Don Wong’ commenting on how society treats men and women differently. Ali says, “For women, no matter how much money, power or respect you earn, you are never allowed to behave badly and get away with it.” Here’s hoping we can see content in the months and years to come where we stop placing women on old style ‘tarazus’ to weigh her professional accomplishments against the burden of patriarchal norms.