Actor Shama Sikander is set to tie the knot with James Milliron in Goa on March 14. Ahead of her wedding, the actor had a bachelorette party where she was joined by her girl gang. It was a white and pink themed celebration where bride-to-be Shama and her friends opted to slip into their pyjamas.

Sharing the pictures from her bachelorette party, the TV actor wrote, “Finally getting the Bridal vibes…. What a beautiful bachelorette Thank you all my lovely bridesmaids you all made my day.” From the looks of it, it seems Shama had a great time with her friends ahead of her D-day.

Shama Sikander also shared a picture of herself and her fiance James Milliron as they left for Goa. Along with the photo, she wrote, “Off we goo.” She also posted a picture from her pre-wedding shoot. The caption read, “Shama and James. 3 days to go..” 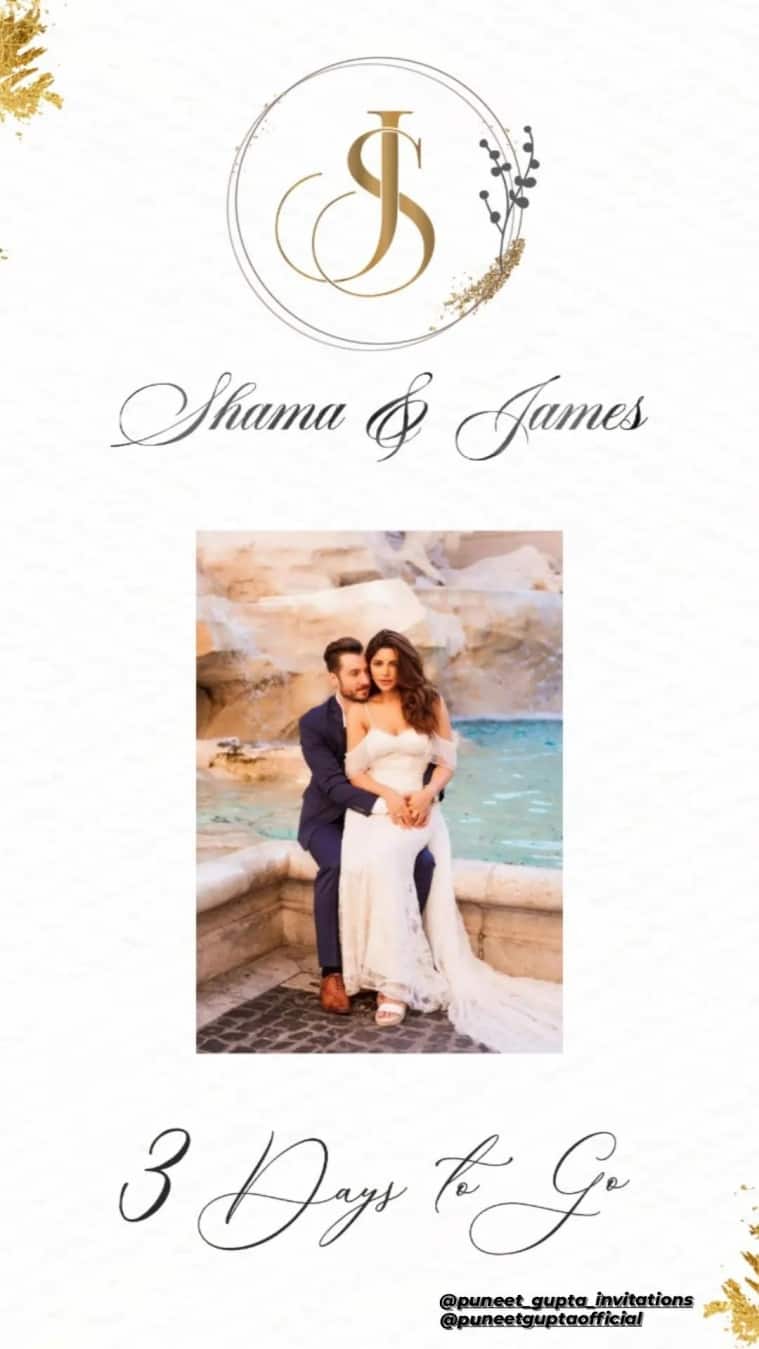 Shama Sikander will tie the knot on March 14.

Talking about her wedding to indianexpress.com, Shama had said, “It would be a close-knit event with just our families around.”

The actor also revealed that it would not be a traditional wedding but a “spiritual one”. She will be having a white wedding and since most of their guests are flying from abroad, it’s going to be an ‘India meets America’ theme event. Since a lot of James’ family members wouldn’t be able to attend the wedding, the couple has plans to host a party in America soon.

Shama Sikander has been busy looking into all the preparations for her wedding. In a recent interaction with The Times of India, she compared preparing for a wedding to “making a film from scratch”. The actor also revealed that she is sleep-deprived as she has been running around to get her wedding dress.

Shama and James have been together for quite some time now. They got engaged in 2015.

Prabhas: I Sometimes Wake up And Wonder if Baahubali Was Ever Real or Was it a Dream | Exclusive

The Adam Project is a descendant of Real Steel: Shawn Levy