Like Dilip Kumar is associated with 1960 masterpiece Mughal-E-Azam and Sholay remains one of the defining films of Amitabh Bachchan’s career, superstar Prabhas says he is comfortable to be known for delivering the smash hit Baahubali saga.

Prabhas embodied the charm and statesmanship of Amarendra Baahubali and his son Sivudu in filmmaker SS Rajamouli’s two part magnum opus – Baahubali: The Beginning (2015) and Baahubali: The Conclusion (2017) – that catapulted him to fame not just in India, but overseas as well.

The praise and the references to Baahubali continues to dominate the conversation around Prabhas, who now stars in romantic drama Radhe Shyam.

The 42-year-old actor said that Baahubali is and will always be an inseparable part of his life.

“Baahubali changed my life and the lives of the people around me. I’m not at all worried about people still calling or referring to Baahubali. If it’s still happening even after 10 years, it won’t bother me. I’m very proud of it.

“Sholay will always be Sholay. Dilip Kumar sir was remembered for Mughal-E-Azam for many years. It’s fine for any actor to be known for a particular film. An actor gets a great film once in his life. It happened with Baahubali for me. Just getting a good film is fine, but if it exceeds all expectations, then it is more than enough,” Prabhas told PTI in an interview.

The actor started his journey back in 2002 with Telugu drama Eeswar and later delivered some of the biggest hits down south with Chatrapathi (2005), Billa (2009), Darling (2010), Mr. Perfect (2011) and Mirchi (2013). But these films and their popularity or box office figures wanes in comparison to the Baahubali franchise. Made on a combined budget of over Rs 400 crore, the films amassed over Rs 2,400 crore in worldwide figures.

Prabhas said it took him years to come to terms with the massive popularity of the period action franchise. 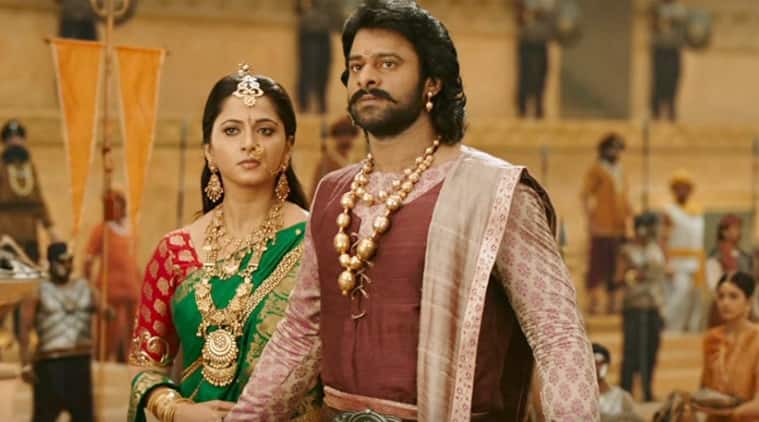 Prabhas and Anushka Shetty in a still from Baahubali: The Conclusion.

“For us, it takes a lot of time to sink in. It took me three years to get used to the success of the Baahubali series. I was like, ‘Oh wow, this was such a huge hit.’ And I know personally that it was not me who directed the film or wrote the script. The credit goes to Rajamouli sir and the producers. I did my part but actors always get the highest praise. I think actors are lucky in that regard. I believe it was a whole team that made it a success. So thankfully, nothing has gone over my head.”

With the impetus provided by Baahubali series to truly pan-India movies, Prabhas believes that it is high time that Indian films are showcased and marketed on the global stage.

“We have already started the process of making truly Indian films and we should continue making great Indian films. Also, we need to cross the borders. We need to go to markets like China, Japan, the West and other parts of the world. We are already late as we started making films 100 years ago. We have some of the best scripts in the world and now everyone needs to come together for it. Like in cricket, the team doesn’t comprise players from just one state. You have a batsman from a certain state and the bowler from another. It’s everybody.”

The movie business of India was earlier scattered as Hindi cinema and other regional industries used to work in silos but things have changed now, the actor added.

“The film business was restricted because of different regions but now it has opened up and we need to make use of it to make Indian films and reach the global stage. And I’m confident that it will happen eventually.”

Asked if Baahubali hadn’t happened to him, then what would Prabhas’ career look like, the actor said he would have ventured into Tamil cinema.

“If not Baahubali, I would have continued doing Telugu movies and then venture into Tamil films if the scripts were good. That was always the plan as Tamil industry is a bigger market with more audience. I always dream big. But Baahubali was a beautiful dream that happened.”

In his latest, Radhe Shyam, written and directed by Radha Krishna Kumar, Prabhas plays the role of Vikramaditya, a palmist who is conflicted between destiny and his love for Prerana, essayed by Pooja Hegde. The 1970s-set film, which made its debut in theatres countrywide on Friday, is a different movie from Prabhas’ past work, the actor stressed.

“With Radhe Shyam, I want to show a different side of me and a different kind of entertainment. It has various new elements as it is not just about a guy with a flower, falling in love with a girl. My character is the world renowned palmist Vikramaditya who doesn’t have a love line on his hand. The story explores the complications that arise in their relationship and how destiny plays a role. There is a love story, emotions and drama in this.”

Though the actor’s slate is packed with films like Om Raut’s Adipurush, Nag Ashwin-directorial Project K and Salaar, directed by Prashant Neel, Prabhas is committed to making intimate projects that are rooted in reality.

Radhe Shyam is a step towards that direction.

“Baahubali and Saaho were truly commercial films. I’m trying to go to the next level now. I’m going slow because I have a lot of responsibility and projects. I don’t want to do things drastically but Radhe Shyam is a start. Next, I have planned a comedy film. If these are able to do well and give me confidence, then I plan to go more real. Maybe a whole movie set in a room which larger-than-life Prabhas wouldn’t do. But I should do it and I should make it a hit.”

It is easy for Prabhas to be a part of such a project but the challenge is to get the script right, he added.

“It is very easy to do. I can reduce my remuneration, which I did for Radhe Shyam and Saaho. I can even take zero remuneration and do the film but the main point is how to get the right script…”

Radhe Shyam is presented by Gulshan Kumar and T-Series and is produced by UV Creations, Bhushan Kumar, Vamsi and Pramod. 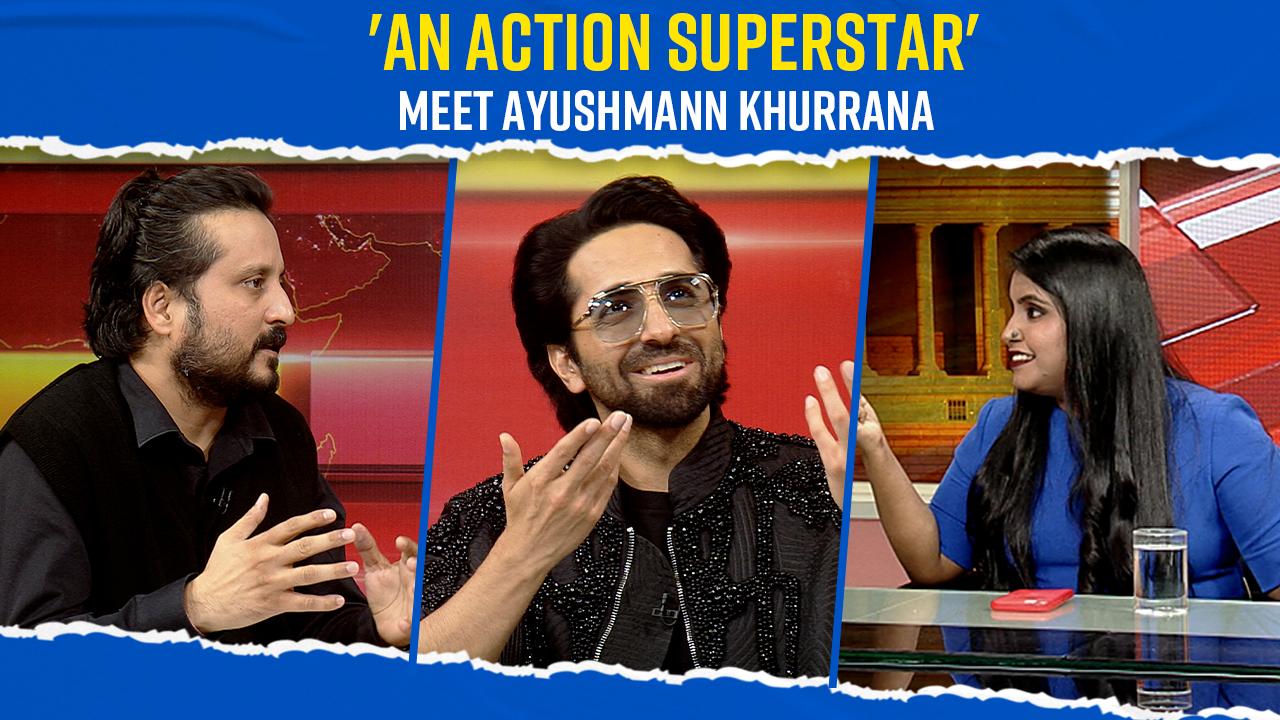