Jaideep Ahlawat agrees that his towering personality did have an impact on the kind of characters that were offered to him till recently. “Because of the way I look, for the longest time, I kept getting dominating or shrewd roles.” The actor, however, is glad he could break that mould with Pataal Lok (2020).

“In Pataal Lok, people realised my personality can work in any situation and character. Now, I get all kinds of scripts and characters. I got a dark comedy titled Bloody Brothers. It’s good that now makers are exploring the actor in me,” Jaideep told indianexpress.com.

Jaideep Ahlawat, who shot to fame with Raazi (2018), will be seen next in web series Bloody Brothers which will stream on ZEE5. The show revolves around two brothers who get caught in a murder mystery, with Jaideep playing the elder sibling Jaggi Grover. Directed by Shaad Ali, it also stars Mohammed Zeeshan Ayyub as Jaggi’s younger brother. Getting candid about how being friends with Zeeshan for nearly a decade translated into good chemistry on screen, Jaideep said cracking that brotherly chemistry wasn’t difficult “even though our characters aren’t as close as we are in real life.”

All Jaideep and Zeeshan had to do was discuss the scene briefly. “When you know the person so well, you are confident about handling any kind of relationship on screen. Also I haven’t done dark comedy at such a big scale ever. It’s going to be interesting to see what happens when a control freak (Jaggi) isn’t able to hold on to things around him,” he added. 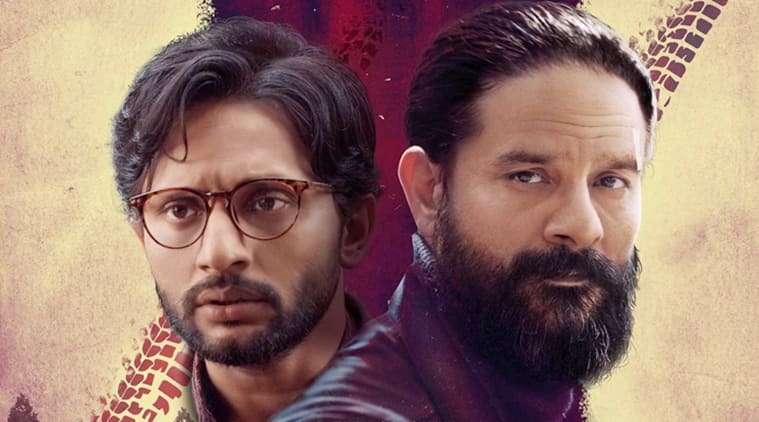 It was the first time that Jaideep and Zeeshan got to spend 1-2 months together. “And just like you discover new things about your family members, when you stay closely for a few months, even we got to know more about each other.”

“I believe working with good actors makes you a better actor too. If you’re not into the scene wholeheartedly, they’ll make sure you become a part of it. That was the crux for us from day one,” he said, rejecting any “power struggle”. “That’s for wrestlers. Actors have a different kind of game.”

Jaideep Ahlawat, who’s done remarkable antagonist roles in projects like Khatta Meetha, Vishwaroopam, Commando, Khaali Peeli and Sandeep Aur Pinky Faraar, prefers to play characters with negative shades. “They actually fascinate me because they are more humanised at times, than the central hero character. I love playing that.” The actor, however, credits the creators of Pataal Look who believed he could be the best bet to play Hathi Ram Chaudhary despite being typecast until then. “Nobody would’ve thought about giving such a huge character of Hathi Ram to an actor like me. And when makers are ready to take that risk with an actor, others get confidence in him that if he can handle a story of 7-8 hours, he can definitely handle 2-3 hours movie. Post Paatal Lok, I am getting the chance to be a part of new stories,” he shared.

So does that mean Paatal Lok’s season two is on the cards? Jaideep said with a laugh, “It’s become a question like ‘Kattappa ne Baahubali ko kyun maara?’ I was sitting with Paatal Lok creator Sudip Sharma recently. He said we are going to start the next season real soon. So I’m going to believe him.”

Karan Kundrra steps out of Tejasswi Prakash’s house with ‘teeka’ on his forehead, fans speculate if wedding to happen soon