Janhvi Kapoor on Saturday celebrated her cousin Shanaya Kapoor’s ramp debut. The actor shared photos on Instagram, providing a glimpse of her night at a recently held fashion event in Delhi. “A meal, a debut and a return,” she captioned the post. While one of the pictures showed Janhvi enjoying a scrumptious meal, the other showed her posing with designer Manish Malhotra and friend Nysa Devgn, the daughter of actors Ajay Devgn and Kajol. The set of photos also gave a glimpse of Janhvi’s blurry happy moments with sister Khushi Kapoor.

Later, a fan page shared photos that took Janhvi’s fans inside an afterparty. Nysa was seen having a blast with Janhvi and Khushi. Shanaya, on the other hand, celebrated her ramp debut in a big way. She walked the ramp with Sidhanth Chaturvedi. The actor is set to make her Bollywood debut with Karan Johar’s production venture, titled Bedhadak. 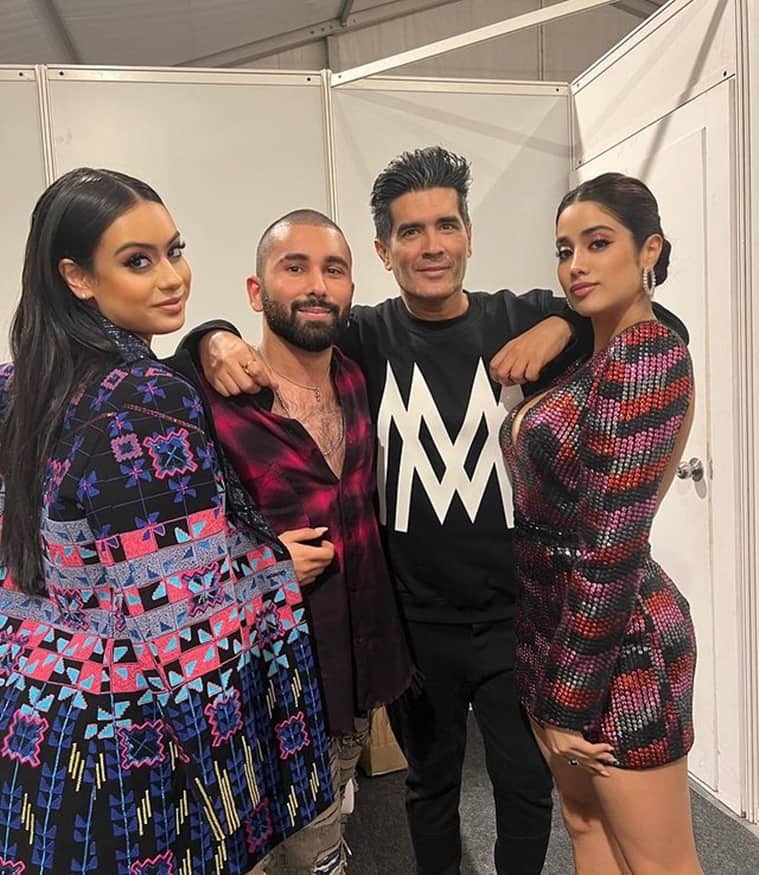 Janhvi has a couple of interesting projects lined up. She will be seen in Mili, Good Luck Jerry and Dostana 2. She will also be seen in Mr and Mrs Mahi, in which she will reunite with Rajkummar Rao after Roohi.