“Have I seen that before?” At the Oscars, viewers and voters may find themselves asking that question more than usual.

No fewer than four of the 10 best picture nominees this year are remakes or reboots of earlier films. CODA borrows the story of a teenage girl who interprets for her deaf family from La Famille Bélier, a 2014 French film. Dune is the second epic based on Frank Herbert’s classic sci-fi novel, following David Lynch’s 1984 version. Nightmare Alley is also the second filmed version of a novel, after the 1947 film noir of the same title. West Side Story dances 60 years after the Robert Wise-Jerome Robbins adaptation, a lauded and popular version of the 1957 Broadway musical.

In Oscar history, only one other year included more than three remakes in the category. At the 1936 ceremony, eight such films were in contention: Mutiny on the Bounty, Alice Adams, Captain Blood, David Copperfield, Les Misérables, A Midsummer Night’s Dream, Ruggles of Red Gap and The Informer. The eventual winner was Mutiny on the Bounty, which was followed by a remake in 1962 that scored yet another best picture nomination.

The very definition of a remake is subjective. For these purposes, I’m taking an expansive view and including any film that has substantially the same key characters and plot as an earlier feature, even if the newer film wasn’t directly based on the prior one. That includes stories that were previously made as silents, like the very first remake nominated for best picture, “Disraeli” (1929), about the British prime minister, and any filmed version — after the first adaptation — of a novel or play. (All Shakespeare adaptations after the first one of each play would be considered remakes.) Also counted are films with ties to television movies, like Munich, a retelling of the story related in the 1986 Sword of Gideon, and those cases in which the original was made in a different genre, like the 1991 animated Beauty and the Beast (there was a French live-action version from 1946) or Hacksaw Ridge (based on a documentary). I drew the line if too much of the plot or the characters had been altered: The West Side Story of 1961, for example, does not count as a remake of Romeo and Juliet.

This year’s remake count is surely inflated by the recent increase to 10 best picture nominees, just as the all-time mark set in 1936 is likely a consequence of falling in one of the two years with a dozen contenders. Still, remakes are overrepresented this year. Historically, 11.5% of best picture nominees are remakes by this broad definition, yet this year that number is 40%. And since the academy expanded the best picture category a dozen years ago, this is the first year with more than one nominated remake, let alone four. 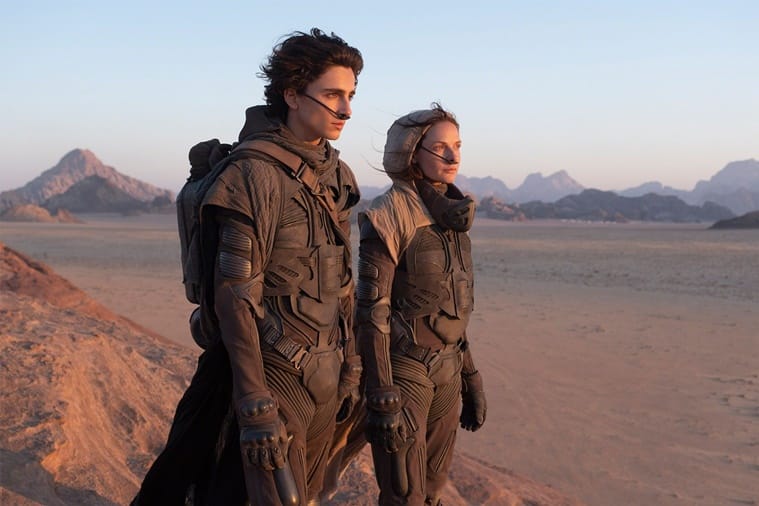 Dune is nominated in 10 categories at the Oscars.

Does a movie’s status as a reboot matter to voters? The numbers suggest not. Given how many nominees and remakes there are from each year, the rules of probability suggest we would expect about 10 remakes to have won. In fact, the actual number of winning remakes is nine, quite close to that statistical estimation, suggesting a lack of bias for or against stories that have been told before. Those nine rebooted champions: Mutiny on the Bounty, Hamlet, Gigi, Ben-Hur, The Sound of Music, Oliver!, Chicago, The Lord of the Rings: The Return of the King and The Departed.

That said, a look at these winners one by one shows more cause for concern among this year’s remakes. Only The Departed, based on the 2002 Hong Kong thriller Infernal Affairs, is a true remake if we were to go by a much stricter definition. Mutiny on the Bounty had been told only once before, in a 1916 Australian film that’s now lost. That film, along with Ben-Hur, had not yet been made as a sound film. The earlier version of Lord of the Rings was animated. Perhaps most important, Gigi, The Sound of Music, Oliver! and Chicago transformed earlier non-musicals into musicals, which perhaps deserves another categorization altogether. Ariana DeBose in a still from West Side Story.

The four contenders this year are a lot closer to The Departed than to the other eight champions, without nearly so much daylight between the current version and the earlier one. West Side Story, in particular, is quite similar to its 1961 counterpart, and will need to defy history to become the first remake of a previous best picture nominee (let alone winner) to claim the top prize.

Seven other contenders have tried and failed: Mutiny on the Bounty (1962), Cleopatra (1963), Romeo and Juliet (1968), Heaven Can Wait (1978), Les Misérables (2012), A Star Is Born (2018), and Little Women (2019) all resuscitated stories from earlier best picture nominees, but none of them won. That’s the streak Steven Spielberg’s film will have to break to emerge victorious.

Whether a lack of original story is a hindrance to a film’s Oscar chances comes down to how you slice the data. With a generous definition of what constitutes a remake, there does not appear to be an academy lean one way or the other. With a stingier definition, the number of winning remakes dwindles rapidly.

Besides, the Oscars have a long history of honoring films based on other media, like books. A hefty 57 best picture winners were nominated for best adapted screenplay, so it is not as if the academy is open only to original scripts winning the night’s top prize.

Perhaps Oscar voters have seen some of this year’s stories before. But if, like The Departed, it’s a good enough film, it just might win the Oscar anyway.

If you want a healthy relationship, date these 4 zodiac signs | The Times of India