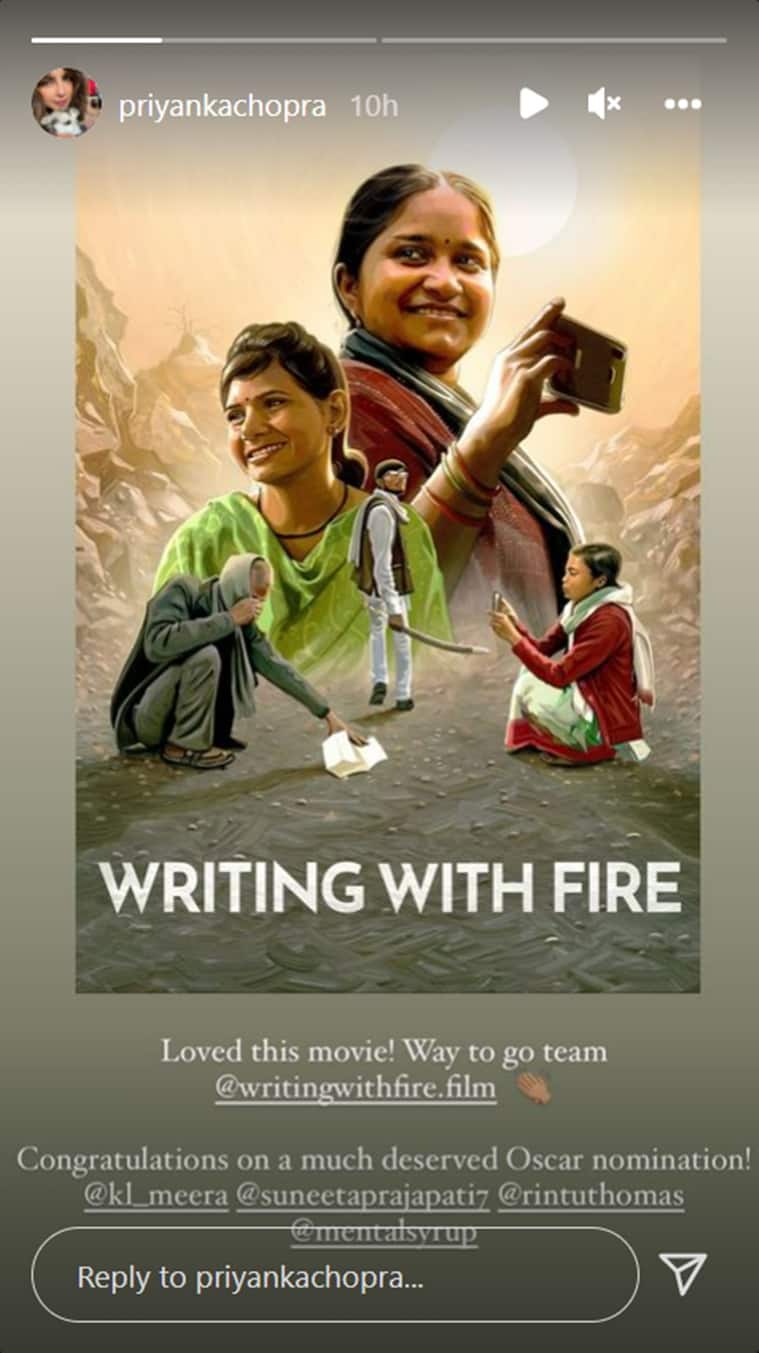 Writing With Fire spotlights Khabar Lahariya, a rural newspaper run by Dalit women. The documentary explores the newspaper’s transition from print to digital in recent years. It follows Meera and her fellow journalists as they get acquainted with new technology whilst questioning patriarchy, investigating incompetence of the police force, and reporting stories about victims of caste and gender violence.

In her review, Variety’s Jessica Kiang said the film is a “rousing, inspirational tribute to the pride of grassroots Indian journalism.” The Hollywood Reporter’s Inkoo Kang opined, “The film’s sense of intimacy and immediacy makes the viewer feel like they’re on a ride-along with the journalists, who are almost always bathed in flattering, natural light.”

Writing With Fire will face competition from Ascension, Attica, Flee and Summer of the Soul (Or When the Revolution Could not be Televised) at Oscars 2022 scheduled to take place on March 28.

The documentary had its world premiere at the Sundance Film Festival in 2021, where it won two awards – The Audience Award and a Special Jury Award. It has so far bagged more than 20 international awards.

Prabhas: I Sometimes Wake up And Wonder if Baahubali Was Ever Real or Was it a Dream | Exclusive

Anurag Kashyap on claims that ‘Bollywood is sinking’: ‘Country is sinking, and you’re talking about Bollywood’