Over three decades have gone past since the cult classic Mahabharat played on television, but Roopa Ganguly still vividly remembers how every day, at the crack of dawn she would reach Mumbai’s Film City to allow makeup artists the time to transform her into the role of Draupadi.

The 55-year-old actor-turned-politician went down memory lane to recall the period of the late 80s when the epic TV series was filmed, and admitted that due to the hectic schedule of the shooting, she “did not get to watch the series” on television.

“I got to finally see the series properly on television when Ramayan and Mahabharat were brought back on TV for a re-run during the (Covid-induced) lockdown, and I really enjoyed it. It also made me very nostalgic about the shooting days,” she said.

The Kolkata-born, currently a Rajya Sabha member, shared the joys and challenges of working on a TV series, one of the most widely celebrated that still enjoys a cult status in popular consciousness, and which made her and several other cast members household names. 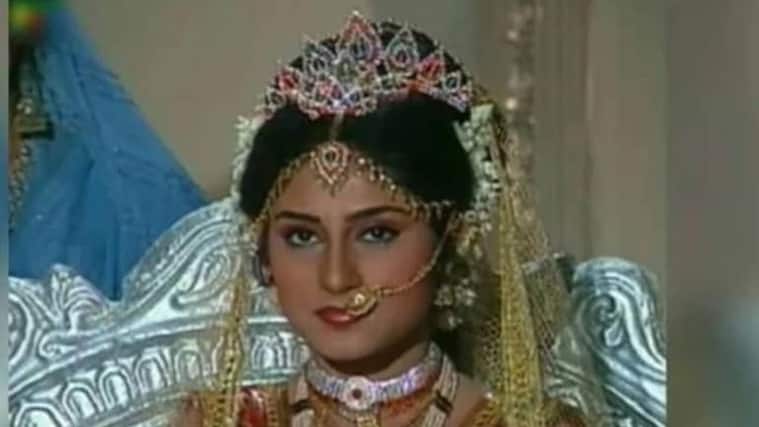 “Every morning, from my hotel at Juhu, Bombay, I would reach Film City, and by 5 am, I would be in the make up room. The shooting would start by 7 am, and my elaborate makeup and hairdressing would take at least an hour-and-a-half or even more, every day. And, it was long hair and we wore special costumes and lot of other things too, which took time, so I would reach there before other actors,” she told PTI in an interview.

Brought alive on screen by producer-director duo BR Chopra and Ravi Chopra, Mahabharat originally ran on Doordarshan for two years till 1990, and every Sunday morning, families in literally every household sat glued to TV sets to watch the “epic series”.

“The set for the shooting was absolutely grand. There was a permanent indoor set and also a huge outdoor set which was used for a long time. Every cushion and its colour chosen, every throne, fabric and prop were especially made for it, as it was all part of Mahabharat. B R Chopra ji and Ravi (Chopra) ji had made the series with lot of passion,” she recalled.

The epic-size drama of the small screen is also known for its phenomenal narration by voice-artist Harish Bhimani and early use of special effects in visuals in a TV production. Ganguly, also known for her work in Bengali cinema, reminisced, “We all came from ordinary families, and learned how a king or queen or a royal family member would walk or talk. Also, I come from Bengal, and the script was in Hindi language, and a very different kind of Hindi. Harish Bhimani ji helped me to get the right intonation and diction to make it impactful in dialogue delivery”.

Draupadi is one of the most unforgettable characters in the series, and Ganguly with her powerful dialogue delivery and emotive acting, had earned praises from audiences of all ages.
The Draupadi Vastraharan sequence — one of the most moving and heart-rending scenes in the history of Indian television, in which she portrays the vulnerability of women and questions the morality of “great men” and “wise sages”, still shakes the conscience of people.

Asked about the shooting, she also shared that besides the outdoor set at the Bombay Film City, which also had a forested area around it, “shooting was also done in Kurukshetra in Haryana, but I was not part of those scenes”.

She claimed that in today’s time, Ramayana and Mahabharata epics are “not considered to be in realm of mythology” and these are part of India, and their “evidence can be found” at different places on different subjects related to it.

The Mahabharat TV series was largely based on a book, ‘The Mahabharata’ on the timeless epic, published by Bhandarkar Oriental Research Institute, Pune, according to the credits mentioned during the starting of each episode.

Both Ramayana and Mahabharata are an integral part of Indian psyche, and stories from the two epics are still told and retold, on screen and in daily conversations, and its iconic characters of all shades, are often invoked in politics too.

“These epics are our heritage, and heritage of whole India. And, working on Mahabharat series was a joy. We were like a family, and on last day of the shoot, everyone got emotionally overwhelmed and had tears in their eyes,” Ganguly recalled with nostalgia.

The Rajya Sabha member emphasised on the importance of cultural and architectural heritage as an integral part of any civilisation, and has contributed funds from MPLADS, for a heritage-themed park in Old Delhi, which was inaugurated recently by President Ram Nath Kovind.

“I am very happy to have contributed to this beautiful park built in old style. Heritage plays a very important role in any society and this is a great addition to the recreational spaces in Delhi,” she had said on the day of inauguration.

Asked if she misses her acting career, Ganguly said, “When I joined politics in 2015, I made a very conscious decision to dedicate myself to public service. Both professions need commitment, and I made a choice to leave my previous career to focus on politics.

On Ram Charan’s birthday, revisiting the moment the star became an actor