It seems like Shah Rukh Khan’s daughter Suhana Khan spent her Monday performing older sister duties. On Monday’s evening, the aspiring actor shared a picture on Instagram, which gives a sneak-peek of what we can assume is a plush bedroom in the family home Mannat. The room also has a balcony with a view of the sea. In the photo, AbRam, who has his back to the camera, is busy playing a game on his iPad. There’s also a dog chilling on a couch in the corner.

Suhana’s latest Instagram pictures come a couple of days after she turned muse for fashion designer Manish Malhotra. Suhana was seen wearing a stunning red saree in one picture, while in another she looked drop-dead gorgeous in a white lehenga. The photos received immense love from her fans. While Shanaya Kapoor called her a “beauty,” Maheep Kapoor said Suhana looked “stunning.” Fans commented that Suhana “defines beauty standards.” 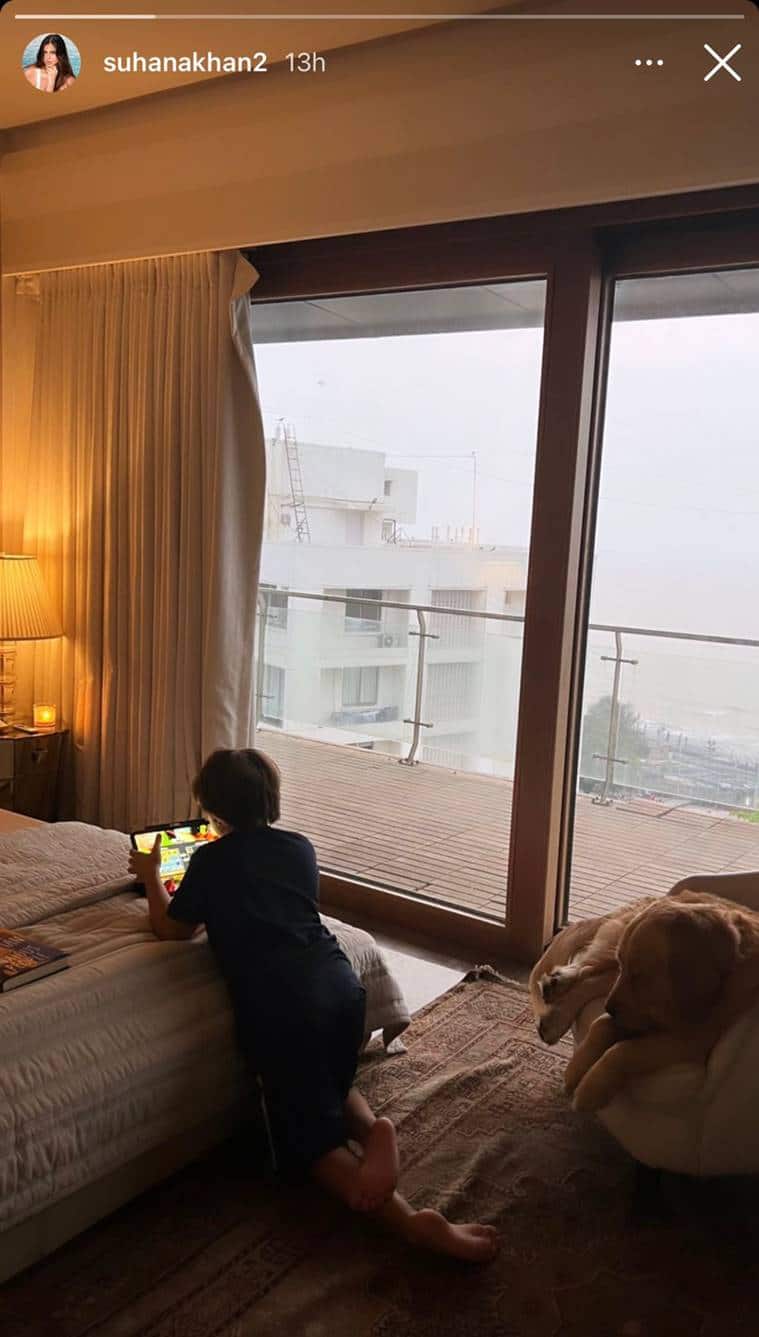 Suhana’s mother and Shah Rukh Khan‘s wife Gauri Khan had posted a picture of Suhana earlier this month. She captioned the picture, “Pure.” On the work front, Suhana is expected to make her Bollywood debut soon. So far, neither Shah Rukh Khan or Suhana has made any work-related announcements concerning her.

Shah Rukh, meanwhile, was seen flying out of Mumbai to shoot for the next schedule of his upcoming film Pathaan. Last week, the actor left his fans surprised with an announcement teaser of the film. The teaser did not reveal SRK’s look. It also featured Deepika Padukone and John Abraham.

The superstar, who is returning to the movies after five years, hosted an Ask Me Anything session on Twitter.

When a fan asked how he felt announcing a film after a long gap, the actor replied, “It didn’t feel new or strange. When u are in the hearts of people like you…you don’t miss you!!! #Pathan.” Talking about returning to the sets of a film, he wrote, “I only love and breathe films….set is where I belong. So it was like going back home.”

Pathaan is scheduled to release in theatres on January 25, 2023.

Fame Game to Aranyak: Why successful women are depicted as cautionary tales on screen