Munmun Dutta aka Babita Iyer of TMKOC met with an accident in Germany and is now flying back to India amid her holidays.

Munmun Dutta Accident: TV actress Munmun Dutta who is known for her role as Babita Iyer in Taarak Mehta Ka Ooltah Chashmah, has met with an accident in Germany. Munmun was on a holiday and suddenly she met with an accident where she injured her knee badly. Munmun Dutta took to her Instagram stories on Monday and shared that following her accident. The actress also mentioned that she will be flying back to India as she couldn’t walk. “Had a small accident in Germany. Hurt my left knee very badly. Thus have to cut my trip short and fly back home,” she wrote. In another Instagram story, Munmun shared a picture of her injury.

Munmun Dutta Met With an Accident 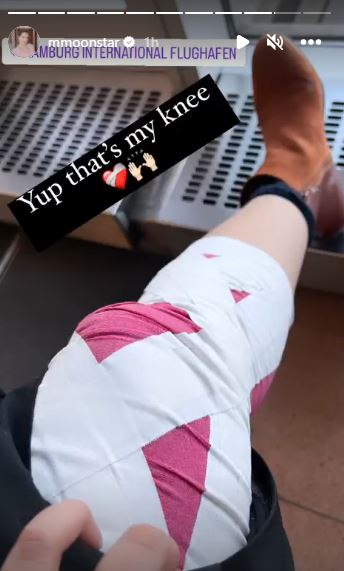 On Sunday, Munmun Dutta shared on her Instagram that she traveled from Switzerland to Germany via train. Prior to this, she shared a series of pictures from Switzerland in which she was seen enjoying hot chocolate. “How much is too much hot Chocolate?” And added, “Well it doesn’t matter I guess‍♀️ kyunki ‘Bade bade desho mein aisi chhoti chhoti baatein hoti rehti hai’,” she had written in the caption.

Munmun Dutta has been a part of Taarak Mehta Ka Ooltah Chashmah ever since the beginning.

Watch this space for more updates on Munmun Dutta.