Bollywood actor Tabu has delivered two of her career-defining performances, Maqbool and The Namesake, opposite late actor Irrfan Khan. Tabu believes she ‘changed a lot’ after working with Irrfan, and it is him who taught her to be true to her characters and to herself.

In a new interview, Tabu asserted that what she shared with Irrfan on-screen, she can’t share with anyone else. Talking about the late actor, she told Film Companion, “He affected me a lot and I changed a lot after working with him. It’s like those people who come into your life and redefine it and make you see things differently. I learnt to be completely true to my characters and myself and bring that to my work.”

She added, “I can’t even start to say what he meant to me, but I can say what I shared with Irrfan on-screen, I don’t know if I can and if I have shared that with anybody and that’s for everyone to see.”

Irrfan Khan passed away in 2020 after a prolonged battle with cancer.

Tabu, who is currently basking in the success of Anees Bazmee’s Bhool Bhulaiyaa 2, also talked about her other frequent collaborator Ajay Devgn. She wrapped the shooting of his directorial Bholaa, which marks their ninth project together. Tabu said Devgn is a “completely different human being” when he takes the director’s chair. From a fun, easy-going person, he transforms into a “super serious” man when he enters a film set as a director.

“He (Devgn) enters a completely different zone when he is directing. Nothing exists around him. You can walk past him and he will be unaware and that is because he enjoys directing so much,” shared Tabu. 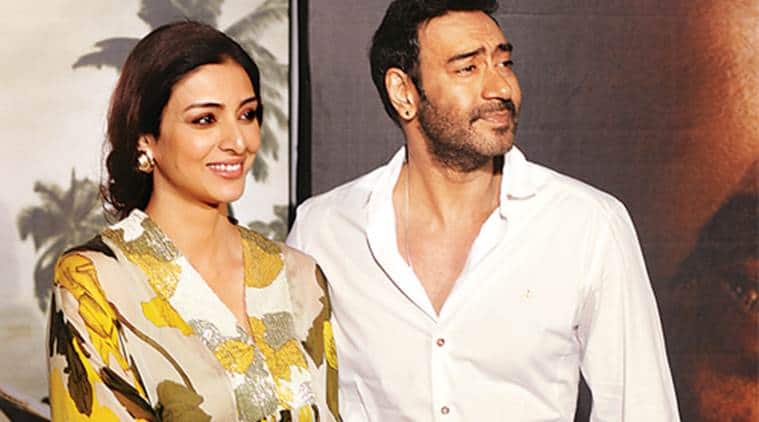 Tabu has earlier blamed Ajay Devgn for being single in real life.

She recalled how Ajay Devgn switched from being a fun co-actor on the sets of Drishyam 2 to a serious person who “never smiles” on the set of Bholaa. “He was all over the place, making jokes and taking everything easy on the set of Drishyam 2. The next day, I walk onto the Bholaa set, and there is an Ajay Devgn who is like one stone. No smile. No laughter. Nothing. He is super serious. Sometimes I was like ‘Is he the same person who was acting with me the other day?’” Tabu shared.

Bholaa is the official Hindi remake of the Tamil hit Kaithi. The original film, which was written and directed by Lokesh Kanagaraj, revolved around an ex-convict (played by Karthi) who decides to meet his daughter for the first time after being released from prison but gets caught in a face-off between police and drug mafia.