In cinema, time-travel is the most trusted vehicle to look into the past, realise the mistakes, fix them, and shed the emotional baggage before striding into the future. Shawn Levy-directed The Adam Project, streaming on Netflix from March 11, taps into this classic formula with an impressive cast featuring Ryan Reynolds, Mark Ruffalo, Zoe Saldana and Jennifer Garner. The familiar sci-fi trope aside, the 53-year-old director revisits the father-son relationship and redemption saga for this Netflix original.

Levy, a sci-fi genre veteran, however, has a solid excuse for making yet another time-travel story. “Movies are in a way exploring human fantasy. There is a collective human yearning to control the one thing that we can’t, which is the linear and irrecoverable passage of time. So, time travel is a compelling genre since it allows us to explore the fantasy of time control, time navigation and revisitation of our own history,” he says during a video interview. In this ambitious entertainer, a time-traveling pilot (Reynolds) teams up with his 12-year-old self (played by Walker Scobell) and his late father (Ruffalo) to come to terms with his past. Overcoming the time barrier, they connect with each other and create several soppy moments on screen. As expected, together they also fix some past blunders along the way while saving the future.

With imposing visuals and action sequences, The Adam Project could have been a major big screen spectacle. But Levy believes that releasing it on the streamer is a “tradeoff”. His film has gained “global ubiquity” in exchange for the “communal viewing experience” of a tent-pole release. “I very much hope that the theatrical experiences will continue to strive alongside streaming. By sacrificing that communal viewing experience, you make the story accessible to the audience who otherwise won’t get to watch it in their theatre, town or country,” says Levy about the escapist adventure with a futuristic setting. It also drives home the point that life can be unpredictable. So, each relationship and moments should be cherished. “Sci-fi movies are mostly about emotions,” adds the director. 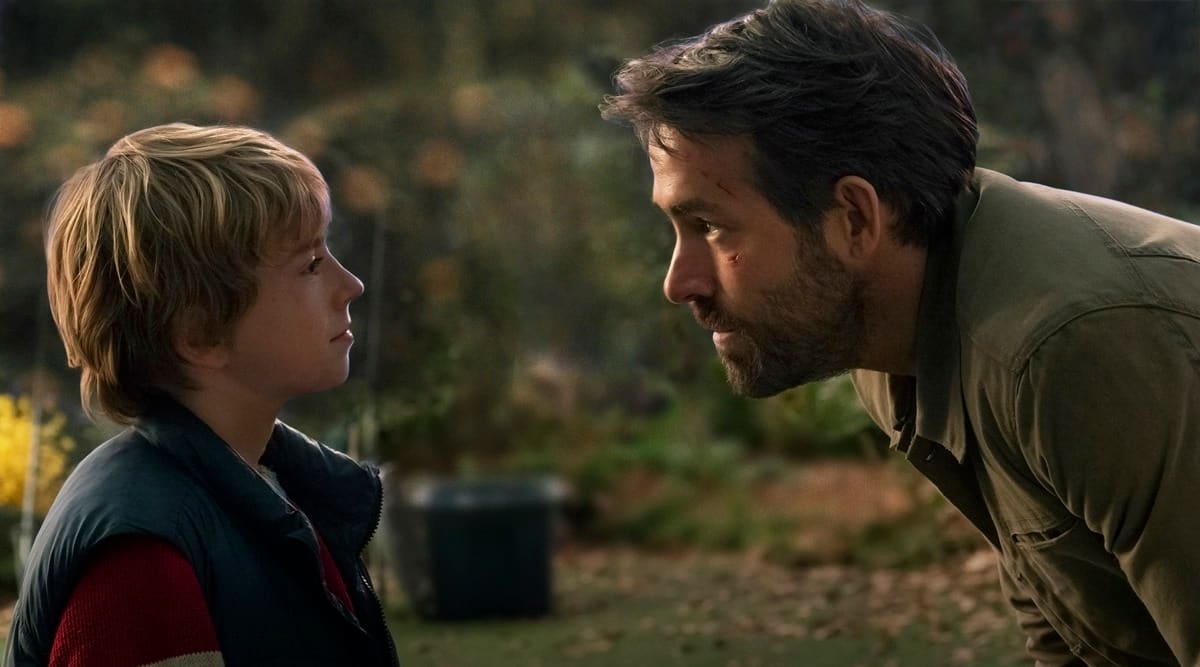 The Adam Project is helmed by Shawn Levy.

Incidentally, this film marks the reunion of Levy-Reynolds after the success of Free Guy (2021). This movie features Reynolds as a non-player character in a multiplayer online game and partners with a real player to find evidence that a gaming company’s CEO stole the player’s source code. “In today’ world, neither model – theatrical or steamer — is absolute. I would like everyone to watch The Adam Project on the big screen. However, I am grateful that the story which was built for mass audiences will be experienced by the viewers around the world. I suspect my career will go back and forth between theatrical releases such as Free Guy and streaming such as The Adam Project,” he says. A sequel of Free Guy is already under development with Reynolds on board for this.

Nearly a decade ago, writers T S Nowlin, Jennifer Flackett and Mark Levin came up with the initial idea of The Adam Project. But it is Jonathan Trooper who wrote the script. However, the writing process continued for another six months. “After Jonathan wrote the script, Ryan and I worked with him for six months rewriting it. The movie needs to be a vessel for personal themes and stories. For this movie, Ryan and I would tell our stories to Jonathan. I spoke about my mother. Ryan about his father. We were able to channel reality through the screenplay on to the screen,” says Levy.

Previously, Levy’s directorial outings have proven to be money-spinners in India. Movies such as Night at the Museum (2006), Night at the Museum: Battle of the Smithsonian (2009) and Night at the Museum: Secret of the Tomb (2014) are popular in India. Some of his other movies well-known among Indian audiences are Steve Martin-starrer The Pink Panther (2006) and Hugh Jackman-starrer Real Steel (2011). Even though Real Steel did not receive a warm response when it was released, it’s popularity has seen a steady rise since then. Levy is currently developing a new TV series based on Real Steel. “I like movies that have a timeless emotional resonance. Real Steel was about boxing robots but it is about redemption of father and son. Adam Project is a descendant of Real Steel. It is another story of redemption involving a father and son. I have wondered if The Adam Project is the generational offspring of Real Steel,” says Levy, who shares a long relationship with the streamer. He is the executive producer of the 2021 Netflix series Shadow and Bone and the hugely popular Stranger Things.

The Kashmir Files Controversy: Who is Filmmaker Nadav Lapid?