Bengaluru’s loss is Kerala’s gain, as Pedro, Barah by Barah, and Koli Taal are headed to the International Film Festival of Kerala this month. With no big theatres, producers, OTTs eager to bet on them, for independent filmmakers, only festivals help them reach an audience.

Kannadigas back home were awaiting Pedro, which premiered at Busan, travelled to BFI London, Pingyao, Taipei, France’s Festival des 3 Continents, and picked up the Roberto Rossellini Award for the best director. Backed by Rishab Shetty and Raj B Shetty (the actor-director-producer duo from the jaw-dropping crime drama Garuda Gamana Vrishabha Vahana), Pedro is germane to our times, and emanates from Hegde’s life, reality and milieu of Kottalli village. Natesh had previously won the Bengaluru International Short Film Festival awards for his short films (Kurli/The Crab and Distant). However, Bengaluru’s loss is Kerala’s gain, as Pedro, Barah by Barah, and Koli Taal are headed to the International Film Festival of Kerala this month. With no big theatres, producers, OTTs eager to bet on them, for independent filmmakers, only festivals help them reach an audience. A still from Pedro.

Pedro, primarily helmed by non-actors, including Natesh’s father Gopal Hegde in the titular role, who, too, is an electrician in real life, is the story of a provincial man who accidentally shoots a cow. Neeli Hakki, with a 10-year-old boy at its centre, highlights rural/jungle-city migration. Koli Taal sees a pair of grandparents on a search mission for a rooster. Barah by Barah tells the story of the last remaining death photographer in Varanasi, the ancient city being razed for modern pathways.

“It’s the lack of professionalism, at least communicate, inform the filmmakers whether their film is rejected,” says Shetty, who, however, had withdrawn Koli Taal from BIFFes when Jio MAMI listed it in its Spotlight section. Because MAMI had no physical festival, Pedro, part of their India Gold section, chose to opt out of their online screenings, and was hopeful of a physical premiere at BIFFes’ Asian Competition segment. In the midst of Korean remakes in Kannada cinema, films like Pedro stand out. 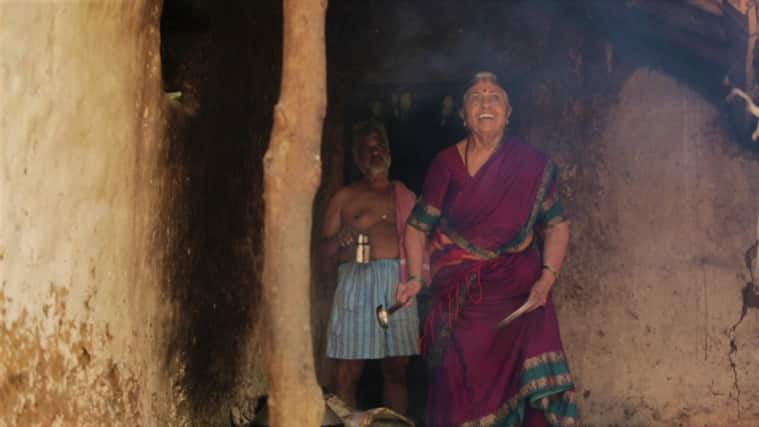 A still from Koli Taal

“Natesh comes from that village, he can’t make a Gangubai (Kathiawadi),” says Ganesh, “I’m yet to understand what the criteria for selection is?” “Ganesh’s film (Neeli Hakki) is a simple story of migration, which isn’t culture specific,” says Madan, who, after he got a confirmation email on Barah by Barah selection (Asian Competition), witnessed some views from Bengaluru on the film’s Vimeo link, and then received the rejection call, which, he says, indicates that they hadn’t seen the film earlier. “The film is set in Varanasi, the Prime Minister’s constituency, and one of the tracks mildly talks about the protagonist’s friend whose house is getting razed in the demolition for the Kashi Vishwanath corridor,” says Madan.

Natesh informally heard the reasons ranging from invalid password to the film viewing link, to the film not having a “censor certificate” (which, they say, is “to check if the films being submitted are recent, not old”. The “certificate” rule was relaxed for Thithi, 2015, though), to it hurting “religious sentiment”.

“My comment was twisted by a section of the media — I have not seen the film (Pedro), how can I comment on it?” Sunil Puranik, chairman of Karnataka Chalanachithra Academy, which organises BIFFes, told The Indian Express, “There is no censorship, no pressure from the government or anybody. The festival has a legacy of 13 years, and the jury appointed is a competent one,” further adding, “even Indian Panorama (IFFI 2021) didn’t select Pedro”. But, IFFI showed Neeli Hakki, so why didn’t BIFFes select it? 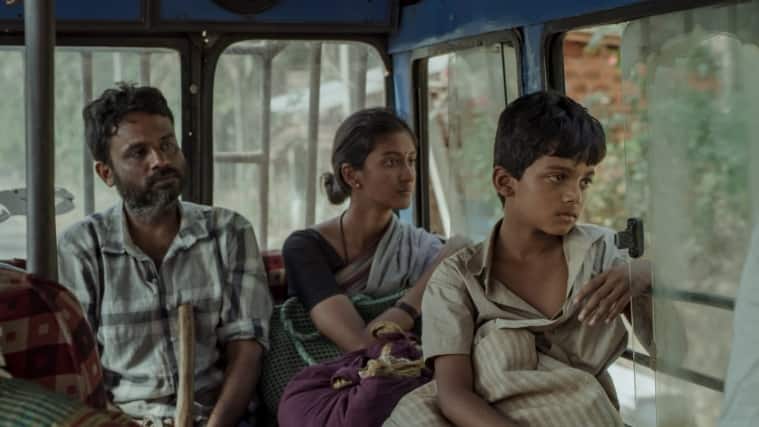 A still from Neeli Hakki.

The reason, Puranik says, is that Pedro was submitted to the Asian Competition section (which doesn’t require a “censor certificate”), and since this edition has clubbed films from the last two years, there were more than 500 films to select from. The same reason was given for the “volunteer’s confusion and mistake” about Barah by Barah.

“Pedro,” says eminent film critic MK Raghavendra, “is certainly not a masterpiece, doesn’t belong to the category of great cinema; in fact, it is quite opportunistic. It is the choice of subject matter, the same template as Nasir, about lynching, only Muslims are replaced by Christians. It is a political bias of the filmmaker. There’s no one reality in India, India is far more complex than the US and Europe. For a complex society, India’s cinema is very simple.”

“I found Pedro very interesting and really liked it. It’s one of the better films from last year. It is using a different kind of idiom, it’s ahead of its time,” says National Award-winning filmmaker Girish Kasaravalli, “How do you know/pre-gauge what hurts sentiments? Artists are ‘critical insiders’, they look at life from multiple perspectives, from the lens of those who are affected, not just the dominant perspective. I don’t see anything in the film which is against any community.”

“Things have changed a bit from before. At one point in time, Karnataka was producing interesting films (like T Pattabhirama Reddy’s Samskara), even Satyajit Ray had observed,” says Kasaravalli. Raghavendra, who considers Ray the best of the three because “Ritwik Ghatak responded emotionally, and Mrinal Sen was making simplistic cinema”, adds, “Since 1947, in India’s cinema and modern literature, there hasn’t been any work that really explores the complexity of India, like, say, Russian cinema (Aleksei Balabanov’s Cargo 200, 2007, Andrey Zvyagintsev’s Loveless, 2017) and literature, how French cinema explores the European thought, or David Lynch’s films do justice to today’s America. Except, Court (2014) and Thithi, those are observational, not anxious about taking sides. The problem today is filmmakers trying to take one position, project messages through their films, that’s activism, directly or by using sarcasm.”

“It is not true that highly polarised, one-dimensional messaging kind of films are being made, all kinds of films are being made,” says Madan. Kasaravalli adds, “What is art? Art is for critiquing society. Show me one good work of art which doesn’t critique society. There’s a difference between critiquing and accusing. An artist would still be part of the society and yet be critical of it.”

Madan’s episode reminds of Devashish Makhija, whose Bhonsle (2020) was first selected and then dropped by the Kolkata International Film Festival, which Makhija says, is “not transparent; corrupt, even more than IFFI” . “Every year, films are dropped. The 2019 films Gantumoote and Arishadvarga were not selected at BIFFes, but at least communicate if a film is rejected, earlier it was not like this,” says a festival associate, “it started with Sanal’s Sexy Durga (2017).” Sanal Kumar Sasidharan, at loggerheads with IFFI, IFFK and CBFC, had moved court, and his film had to be retitled S Durga for a “censor certificate”.

“Things have soured in India; the situation now is much worse. The culture of fear is a genuine threat. But it is happening everywhere,” says Raghavendra.