Shah Rukh Khan didn’t like “tight costumes” his character Rahul wore in Kuch Kuch Hota Hai. In the making video of the 1998 blockbuster, SRK is seen cribbing about his character’s fashion sense in the Karan Johar directorial.

“The most embarrassing moment for me in the movie is the costumes I’ve been made to wear, when I’m playing the young guy. I think my jeans, T-shirts everything is way too tight. I’m supposed to play the college stud in my youth. I have to say and walk and talk and do certain things which I’m embarrassed to do,” Shah Rukh said in a BTS video shared by Dharma Productions back in the day.

While SRK didn’t like the look of his character, director Karan Johar felt Rahul “lacked spine”. Revisiting the film in 2020, KJo told Mid-Day, “He’s a deeply confused character, doesn’t know what he wants and, really, didn’t do a lot much in the movie.” Karan added that Rahul had no stand of his own and did things “because there were people pushing him” pointing at “his dead wife’s spirit, his eight-year-old daughter, and Anjali herself.”

Kuch Kuch Hota Hai revolves around its three lead characters — Rahul, Anjali and Tina. The romance-drama explores unrequited love of Anjali and how Rahul’s eight-year-old daughter tries to reunite her father with his college best friend, after the demise of her mother Tina. 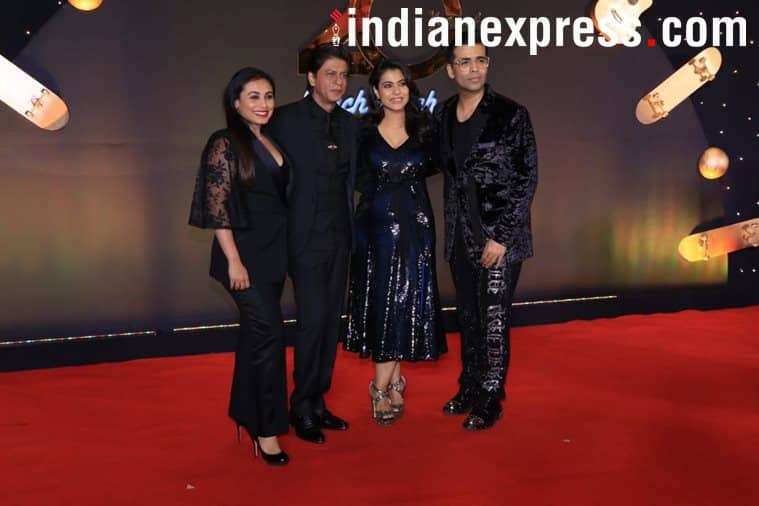 At the event to mark 20 years of KKHH in 2018, the superstar recalled his first reaction to Rahul’s character when he received the first draft of the film. “Karan came and narrated an utterly nonsense crap story to me; which is certainly not the one that finally you people saw in the film. In his strange way Karan, the man with many words tried to impress me with his crap story. So yes, I really did not understand the story when I signed in,” he said.

Shah Rukh Khan ultimately did it as he believed in the conviction of Karan Johar, and “did not get into the story” otherwise the film would’ve never happened.

Describing one particular scene from the movie, where Anjali comes to the college dressed in loud clothes and finds her friends, including Rahul and Tina bursting into laughter, Karan revealed that Shah Rukh found it tough to do. Speaking to Film Companion in 2018, he revealed that Shah Rukh isn’t comfortable giving laughter shots and tends to mess up the scenes. So after numerous retakes, when they did manage to shoot it, SRK is actually enacting it in exhaustion.

“Shah Rukh might be the best actors in Bollywood, but ask him to laugh in a scene and he can’t do it. He finds it really difficult to laugh naturally on screen. So we had many takes just trying to make Shah Rukh laugh. Finally, he just laughed out of exhaustion,” Karan revealed.

If seen closely, one can also find Karan’s mother Hiroo Johar passing by as a college teacher, along with film’s choreographer Farah Khan and fashion designer Manish Malhotra sitting on the staircase pretending to be students.

Kuch Kuch Hota Hai went on to become one of the biggest hits of Bollywood, finding a place in the pop culture and in the list of college romances which still remains a fan favourite.

Rupee slumps 81 paise to 76.98 against US dollar in early trade