Share
Facebook Twitter LinkedIn Messenger Messenger WhatsApp Telegram Share via Email
Akshay Kumar is easily one of Bollywood’s self-made superstars. His versatile roles have made quite an impact on the audience and people are always eager to see his films and know more about his life. Apart from his professional life, Akshay is known to be a family man and a devoted husband. Akshay’s stunning and charming wife, Twinkle Khanna is the daughter of late Rajesh Khanna and Dimple Kapadia, one of Bollywood‘s most popular star couples. However, it’s been long since she has distanced herself from being a part of showbiz, presently being distinguished as an amazing author and columnist.

The two have been happily married now for 21 years and are proud parents to two children – Aarav and Nitara. To know more about this couple, the renowned body language decoder and celebrity astrologer, Pandit Jagannath Guruji closely analyzed Akshay-Twinkle’s viral image, making some great revelations. Scroll down to know what the reading says. 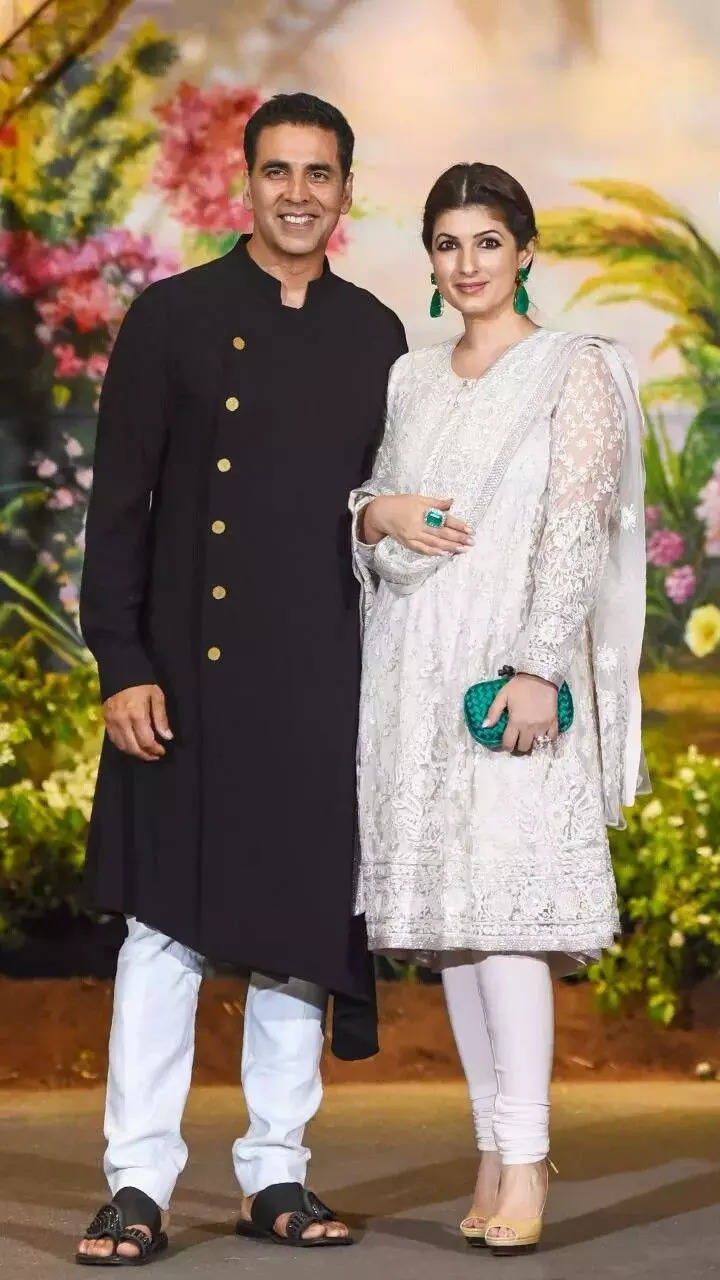 Both Akshay and Twinkle prioritise their family
“Be it Akshay or Twinkle, both individuals know the value of family in their respective lives. As a result of which, both the charismatic couple show and display the great value they have towards their families. Being in the spotlight, most of us already know that Akshay Kumar is one of the busiest superstars in Bollywood. However, he never fails to take out time for his family which is commendable and shows its value.”

“When putting career, money, and fame on one side while the family being on the other, both Akshay and Twinkle without any hesitation would pick to stand aside with their families. This shows the amount of love, respect, and value they possess, despite being such great names in the Bollywood industry,” said Guruji.

They understand and empathise with each other
“You’ll find Twinkle Khanna to be wittier and more hilarious with her replies when compared with Akshay Kumar. However, Akshay is a man of dedication, punctuality, discipline, and hard work. Both the couple share a great bond with each other which continues to remain thick after spending more than two decades together.”

Guruji further said, “In fact, no decision is likely taken in their personal and professional lives without discussing them mutually. For them, opinions from both ends matter equally before finalizing a decision. Unlike any other parents, both their kids are equally attached to Twinkle and Akshay respectively. While Akshay can decide to remain silent on several discussions, Twinkle on the other hand is kind of open to opinions on any topic.”

Akshay and Twinkle are astrologically a blessed couple
“Having a prosperous, engaging, respectful, and healthy marriage life for around 21 years is a very big feat, especially in Bollywood. While we easily see couples splitting their ways apart in the B-town, Akshay and Twinkle, despite being two very different individuals have managed to set an example of how things should work in a marriage.”

“Over the last couple of decades, both Akshay and Twinkle have together shared ups and downs in their lives, supporting each other like true pillars. Astrologically, their married life and the bonding are indeed very strong. There are some astrological planetary imbalances but that would be taken care of by Akshay and Twinkle’s Jupiter, Venus, Sun, and Saturn who are very equally strong and protective,” revealed Guruji.

Bionaut Labs gets $43.2M for its tiny drug delivery robots

Shanaya Kapoor to Rashmika Mandanna: Celebs who are slaying in all denim look

Chirata: The Indian bitter herb that can strengthen liver, increase appetite: Recipe inside | The Times of India

Literature is in peril because of social censure: Chimamanda Ngozi Adichie – Times of India