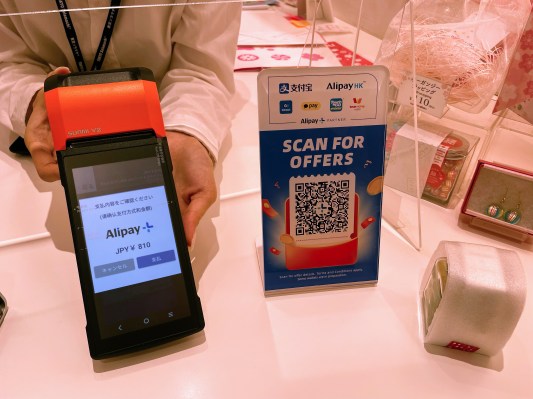 After trying for years to replicate the success of its QR code-enabled payments solution overseas, Ant Group seems to have finally found a path to scaling. Instead of going after end users, the Alibaba-affiliated fintech giant has been quietly forming partnerships with local payments providers in Asia. It’s built something akin to the Mastercard or Visa network for digital payments, allowing consumers to travel easily with their mobile wallet from home.

Ant dubs the payments processing network Alipay+ to distinguish it from Alipay, its consumer-facing wallet that has become ubiquitous in China. Alipay+ has integrated with 15 payment methods, allowing its partnered merchants to reach over one billion consumers, Angel Zhao, president of international business at Ant Group, said during the Singapore Fintech Festival on Thursday.

To create a network effect, Alipay+ has been busy onboarding merchants. It’s supporting over 2.5 million businesses around the world today. A Filipino tourist visiting Japan, for instance, can pull up their GCash wallet and pay at a store that supports Alipay+ by scanning a QR code; they can also display their wallet’s QR code for the cashier to scan. Similarly, a traveler from South Korea can pay at the store with Kakao Pay, and so can a Malaysian tourist with Touch ‘n Go. All the while, Alipay+ has automatically calculated and done the currency conversion part.

But how would a user of GCash know about Alipay+ in the first place? China’s internet giants are never short of customer acquisition tactics, and subsidy is one. On the landing page of GCash, users can find an entry to a list of merchant deals provided that they pay with Alipay+. At Shein’s pop-up store in Manila, Alipay+ gives users a PHP 130 or $2 discount at checkout. Other Alipay+ partnering wallets across Asia have similarly incorporated these perks.

The appeal of Alipay+ for merchants, on the other hand, is that one billion consumers can conveniently pay at their stores. That might sound impressive, but keep in mind that Alipay, which is unsurprisingly included in the Alipay+ alliance, alone boasted 700 million monthly users already in 2020 thanks to China’s sheer internet population.

Interestingly, Zhao stressed at the event that Alipay+ isn’t trying to be a super app — the type of mini app-powered ecosystem exemplified by WeChat and Alipay in China. Rather, it’s serving as an infrastructure layer for other consumer-oriented wallets.

“While many of you are familiar with the success of Alipay in China, Alipay+ is not another SuperApp we are launching globally. Built on top of the technology capabilities and know-how of Alipay, Alipay+ offers cross-border digital payment and marketing solutions connecting global merchants, online and offline, with multiple e-wallets and payment methods from different countries and regions and helping the merchants to engage with mobile-savvy consumers of those payment methods. We are off to a remarkable start since its official debut last year.”

As of today, Alipay+ has integrated with the following payments providers in Asia:

Although Ant has been exploring overseas growth for years, the task gained renewed urgency as Beijing told it to overhaul all facets of its business in China. Following the revamp, Ant is expected to operate more like a traditional financial holding company and shoulder more capital risks, which will inevitably hurt its profitability.