Google this morning teased its upcoming Pixel tablet, due to arrive next year, as well as a new piece of hardware designed to make the tablet a more useful home device: a Charging Speaker Dock. This magnetized base and speaker combination will allow Pixel tablet owners to charge their tablet while also using it as they would another smart screen device — for things like listening to music, watching videos, managing other smart home devices, and more.

At its hardware event this morning, Google explained how it found that tablets weren’t always helpful in the home, as they tended to only be used for a small portion of the day. Often, tablets would end up hidden away in a drawer or become a tripping hazard, the company said. And when users did pull them out, they’d be out of battery. This prompted the idea to create a charging base for the tablet that would allow the tablet to work as a smart screen when it’s not being used for other tasks.

Its forthcoming charging speaker dock, instead, would allow the tablet to be propped up and charged when not in use. This could make it a handy kitchen helper, for example, so users could watch recipe videos or listen to music while they cook. Or users could tap on the screen to adjust their smart home controls — like turning off the lights or setting the thermostat. The tablet could also be set to show photos when not in use, like a digital picture frame. 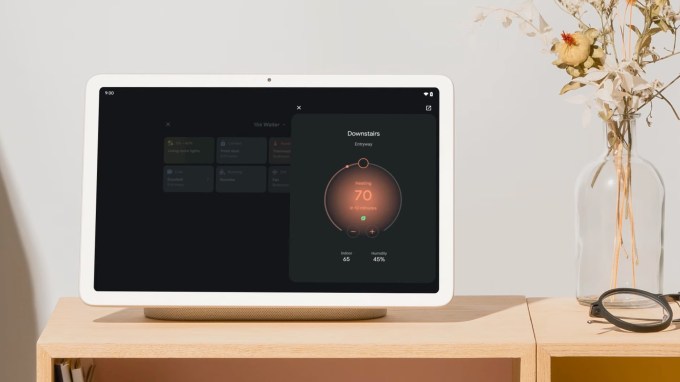 And, because the base is also a changer, the tablet could be removed at any time, fully charged.

The company didn’t offer much detail about the dock during the event, but noted in a tweet how the dock would offer enhanced audio, hands-free help with Google Assistant, and a photo display feature. 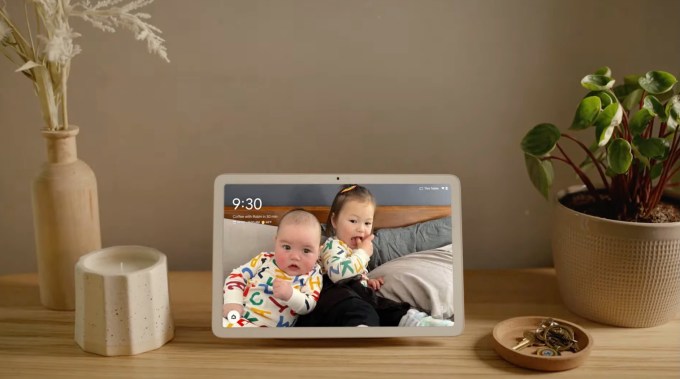 It also said the Charging Speaker Dock uses magnets that make it easy to dock and undock the tablet whenever it’s needed for another purpose.

Ppricing for the dock was not mentioned at today’s event, only that it will ship in 2023 alongside the upcoming Pixel tablet. 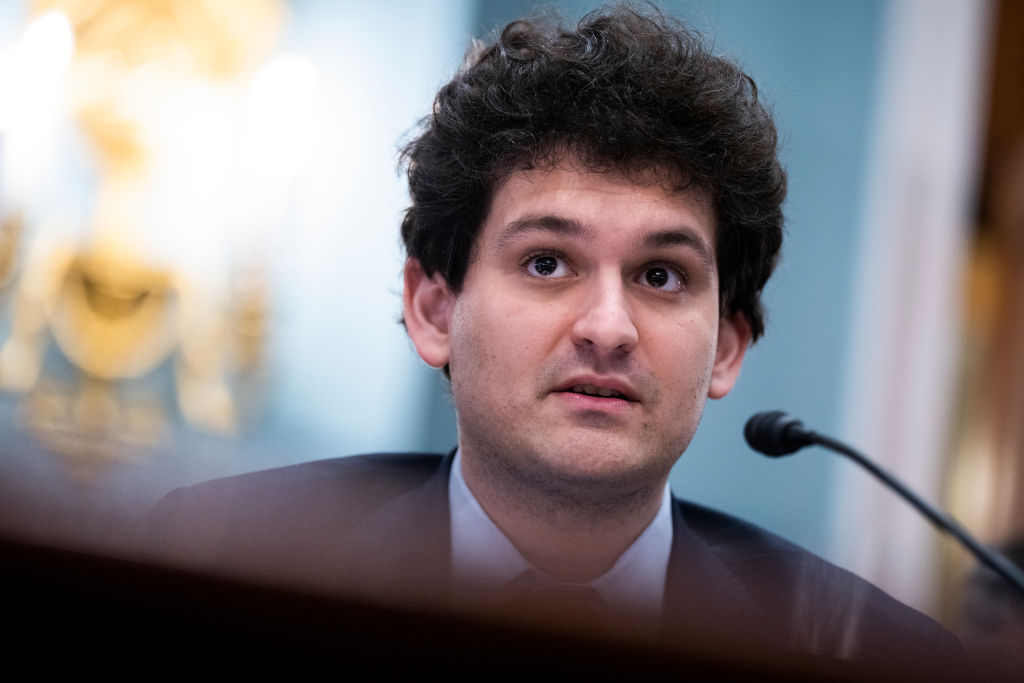