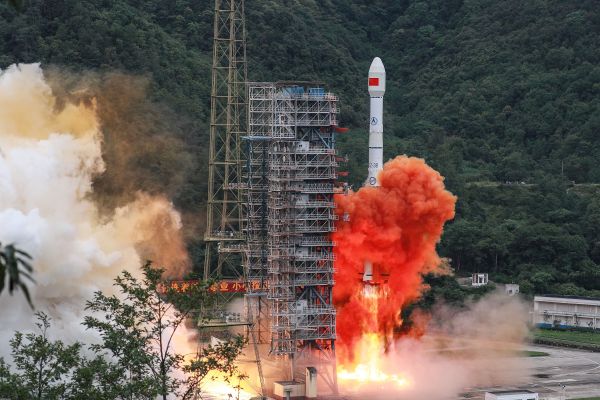 A day before Apple unveiled its highly anticipated satellite-powered SOS feature for iPhone 14, Huawei announced its own equivalent.

The Chinese telecoms equipment and smartphone giant said its flagship Mate 50 series will support texting via satellite communication. The feature is made possible by Beidou, China’s own navigation alternative to the U.S. government-owned Global Positioning System.

Sending messages via satellite signal isn’t a particularly new technology. But it’s the first time this feature of Beidou’s has been implemented in consumer-facing smartphones, Huawei said. Users will be able to send messages and their geographic coordinates using a special app and generate a map of their path, all the while cellular connection is unavailable.

The SOS communication feature is perhaps more useful in the U.S. where it’s easy to go off-the-grid — either because people choose to while camping or simply because cellular signals are not covered. Anyone who’s tried to seek real wilderness in China knows how often they end up on 5G-covered paved ways (with stairs and handrails!) instead of trails inside spectacular national reserves.

This new buzzy satellite function won’t likely save Huawei from its own troubles. The behemoth’s market share has taken a hit globally ever since the U.S. cut it off from core Android services and advanced chip supplies. It’s suffered at home, too, as it fell out of the top five brands in China last year, according to data from Counterpoint. Apple ranked fifth in Q2 in China with 13% of the country’s shipment volume.

Apple’s SOS satellite option is only available in the U.S. and Canada for now, while Huawei’s only works in mainland China. The divide has led a Chinese tech analyst to allude to the technological decoupling between the U.S. and China: “This situation [of the two handset giants each providing the SOS feature in their own country] is a metaphor for our world today.”

But ties between the two tech superpowers have been harder to untangle than many have expected. As the New York Times reported this week:

More than ever, Apple’s Chinese employees and suppliers contributed complex work and sophisticated components for the 15th year of its marquee device, including aspects of manufacturing design, speakers and batteries, according to four people familiar with the new operations and analysts. As a result, the iPhone has gone from being a product that is designed in California and made in China to one that is a creation of both countries.