NASA has extended flight operations for the first aircraft to operate on the surface of another planet through September. The helicopter will soon accompany the Perseverance rover and support its upcoming science campaign exploring the ancient river delta of Jezero Crater.

Ingenuity is a small robotic solar-powered helicopter that landed on Mars on February 18, 2021, when it was deployed along with the car-sized Perseverance rover. On April 19, just two months after landing, Ingenuity completed the world’s first powered extraterrestrial flight by taking off, hovering and landing for a flight duration of 39.1 seconds.

The space agency made the announcement after the aircraft’s 21st successful flight, which is the first of at least three needed for the helicopter to cross a portion of a region called “Séítah” on Mars to reach its next staging area.

“Less than a year ago we didn’t even know if powered, controlled flight of an aircraft at Mars was possible,” said Thomas Zurbuchen, an associate administrator at NASA, in a press statement. “Now, we are looking forward to Ingenuity’s involvement in Perseverance’s second science campaign. Such a transformation of mindset in such a short period is simply amazing, and one of the most historic in the annals of air and space exploration.”

Ingenuity’s upcoming missions will feature much more treacherous terrains the relatively flat terrain it has been flying over since its deployment. The ancient river delta in the Jezero Crater is fan-shaped and rises more than 130 feet (40 metres) above the crater floor.

According to NASA, it is filled with jagged cliffs, angled surfaces, projecting boulders, and sand-filled-pockets that could stop a rover in its tracks or even upend a helicopter upon landing. But the delta could potentially hold various geological revelations, and even proof necessary to determine whether microscopic life existed on Mars billions of years ago. 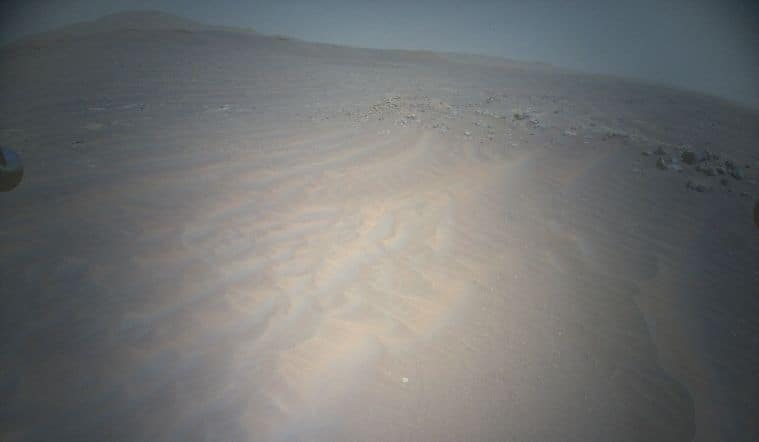 The helicopter acquired this image in the northwest portion of a region called “Seitah” using its high-resolution colour camera during its 20th flight. (Image credit: NASA/JPL-Caltech).

When it reaches the delta, the rotorcraft’s first order will be to determine which of two dry river channels Perseverance should take when it’s time to climb to the top of the delta. Apart from routing assistance, it will also provide data for the Perseverance team to assess potential science targets. Scientists might even call upon Ingenuity to image geological features outside the rover’s traversable zone.

According to Tedd Tzanetos, who is the Ingenuity team lead at NASA, the Jezero river delta campaign will be the biggest challenge faced by the team since all the flights on Mars. The space agency has increased the size of its Ingenuity team and has made upgrades to its flight software.

Has the FTX mess iced venture interest in crypto?