An often overlooked genre in mobile gaming is hyper-casuals. A broad spectrum of lightweight simulation games that might have popped up in your feed, begging to slice through a satisfying piece of foam or colouring random objects. Crossing over 5 billion downloads to date, publisher CrazyLabs is an expert in this field, nurturing indie developers to create successful titles such as ‘Tie Dye,’ ‘ASMR Slicing,’ and ‘Soap Cutting.’

We spoke to Surojit Roy, Head of India division at CrazyLabs to understand the genre and how they intend to expand game development in the country. Here are excerpts from the interview, edited for clarity and length.

What is hyper-casual gaming?

Surojit: Hyper-casual gaming is essentially a new phenomenon of experience/simulation-based titles that are super easy and relaxing. For comparison, titles like Candy Crush and Temple Run are considered “casual” games, with a more complex control scheme – like timing your screen swipes or using your brain to solve puzzles. Sure, they are easy to play, but the hyper-casual space is even simpler. 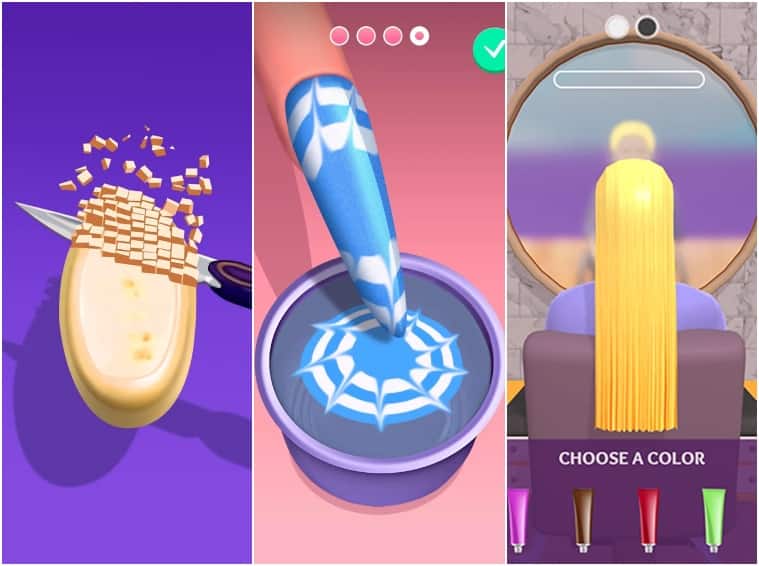 For starters, the games are presented in a vertical or portrait format, which is how most prefer using their phones. Secondly, they rely on a one-finger control system, ideally placed at the bottom of the screen, preventing the need to fiddle around hastily. But above all, hyper-casual games are designed to target a demographic anywhere from a 7-year old to a 70-year old individual – with a no-fail condition. The gameplay and controls should appeal to the mass market. And with every title, whether it boils down to the theme or mechanics, should be easy to pick up and jump right in without hesitation.

Who are your biggest competitors in the hyper-casual gaming space?

Surojit: In the hyper-casual market, all the games are first marketed towards the West – regions like the US, UK, Australia, Canada, and China. Basically, countries where the average revenue earned per user is higher than it would be in a place like India. That is not to say we aren’t looking at the Indian market. It’s just that our target audience, at large, is regions that monetise well.

How does India fit into all this?

Surojit: When it comes to India, it’s not so much the audience, but the game development talent that is available in the country. And it’s not limited to just dedication or the technical aspects, but the fact that it is far cheaper. That’s why a lot of big publishers like CrazyLabs and competitors are looking at India as a market to find the best studios that align with their process. This offers a significant advantage, enabling us to deliver on a constant quality basis while saving a ton of money. This is also where the competition lies, as every publisher wants to snag top developers from the country.

What have you done to increase the popularity of the hyper-casual gaming genre in India?

Surojit: Of course, every publisher intends to expand its user base across countries. From our 12-year experience, we have found that most titles that are popular in the West, eventually find a niche in the Indian market as well – especially, anything that climbs to the top charts. For India, this would be the Google Play market, as it is known for its large Android userbase. So, while our focus never starts with the country, it does move to countries outside the West – albeit not at the beginning of our launch cycle, but weeks or months later.

How do you make money in the long run?

Surojit: Advertisements is the primary form of monetisation for hyper-casual games, and they will remain so until there’s a change in user behaviour. The difference is seen with the audience – in casual games, you can expect a longer lifespan, crossing 60 or 90 days, after which, they turn into spending users.

Hyper-casuals, however, have a shorter lifespan and the ads never offer any special power-ups. Users can just watch the ad, get it over with, and play the next level, as yearn for the satisfying experience. Further, 90 per cent of our advertisements are skippable, and the ones that aren’t are usually ones that users decide to watch themselves. The reward is generally a special level or some coins to increase playtime, but certainly, no game boosts as such.

Tell us more about developing games in India

Surojit: India has been a massive market in game development because of the talent and cost associated factors. In the past few years, publishers have been looking to expand the number of studios, in an effort to pump out more hyper-casual titles. And as part of the expansion, we have started accelerators called CrazyHubs, focussed on nurturing budding indie developers and studios in India. We want to build an ecosystem around this bubbling environment, where we have the expertise and talent to build hit games, while assisting studios from day one to launch.

The initiative focuses on funding, hands-on guidance, and providing resources to small studios (2 to 3 people), as they try creating a hit game. A standard incubation period lasts 4 months, where the teams are offered ample training and mentorship, and can further be expanded to 1 or 2 years, depending on their potential. We can enable passionate talents to come out and build a successful studio through the offices located in Mumbai and Hyderabad.

The development cycle in hyper-casual is different – fast process, simpler games, and allows for a lot more accessibility in both user and creator side. With support from big publishers like CrazyLabs in an accelerator environment, it opens a physical space for like-minded individuals to come together, and sometimes this magic happens.

Another cool thing is that members who create and publish good games within the period of the program are entitled to a significant profit share. This could even amount to millions of dollars, depending on how many downloads it receives.

Surojit: The unique business model here relies on first making a concept trailer or video of the game, and then advertising it across YouTube and social media. Assume we make 5 to 6 trailers and find one of them to be receiving a certain amount of positive engagement, only that would be turned into a full-fledged game. This has enabled the entire industry to cut down costs, as we are not forced to invest thousands of dollars and wait for another 6 or 7 months of build time. At launch, we don’t even know if the title would be successful or not.

This process increases our chances of success, and the ones making the advertisements are the studios themselves. It’s just a matter of recording some 30-second long gameplay footage from a concept piece that is inexpensive – half a level would suffice.

What happens to the discarded ideas?

Surojit: If a developer’s idea doesn’t succeed, then it’s just part of the process. We test so many games and ideas in the hyper-casual space and are willing to adopt failure into our cycle. It is never about the one successful idea, but one of the 10 we are going to try, and which one of those has the best chance of success. So ultimately, we try and provide the studios with as much knowledge as we can to come up with their next idea, instead of discouraging them or dwelling over past mistakes.

From Kareena Kapoor to Madhuri Dixit: Bindi styles to steal from Bollywood divas