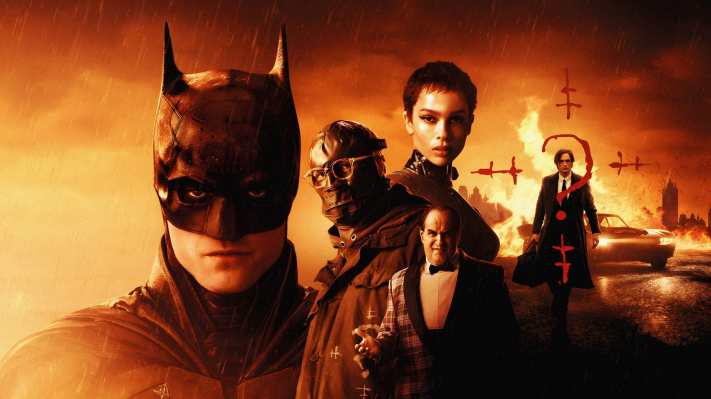 Spotify’s first project from its multi-year deal with Warner Bros. and DC Comics for scripted podcasts, “Batman Unburied,” will arrive on the heels of the latest Batman movie release. “The Batman” hit theaters on March 4, 2022, and in case you didn’t get to see it yet, there will be another way to watch it — yes, I’m talking about streaming. Deadline confirmed last month that HBO Max, as well as HBO’s linear network, will premiere the film on April 19 and April 23, respectively. The new Batman Spotify podcast will start streaming a week and a half later.

Films that thrive in theaters seem like a rarity nowadays. As of recent, Hollywood studios have been saving the best movies for streaming platforms. Some “must-see” theatrical releases are still existent, just not as often. Per Comscore data, domestic ticket sales year-to-date in 2021 were $1.15 billion, 38% behind the same period of time in 2020 ($1.86 billion).

Plus, AMC has begun increasing its tickets for films. For instance, to see “The Batman,” viewers have to pay $19.49 at the AMC Burbank 16. So HBO Max subscribers can simply pay the $9.99 per month (or cancel after one month, up to you) and stay in their homes on their comfy couches, watching hit titles that have already appeared in theaters.

In addition, the recent release date announcement for the Spotify, Warner Bros., DC Comics podcast series “Batman Unburied” is another indication that the best way for companies to get the most viewership is via streaming.

As television podcasts become more common, it’s becoming easier and easier for people to stay at home and binge content whenever and wherever they want.

The drama thriller podcast series will premiere on May 3 exclusively on Spotify and will be released with an English version along with eight localized adaptations of the original script in Brazil, France, Germany, India, Mexico, Indonesia, Italy, and Japan. Plus, each non-English version will star local original talent and production teams, according to the companies.

The English version will feature Winston Duke as Bruce Wayne/Batman, Hasan Minhaj as The Riddler, Sam Witwer as The Harvester, and Gina Rodriguez as Barbara Gordon. Other cast members include Lance Reddick as Thomas Wayne, Toks Olagundoye as Martha Wayne, Jason Isaacs as Alfred, John Rhys-Davies as Dr. Hunter, and Ashly Burch as Vicki Vale.

In “Batman Unburied,” Bruce Wayne works as a forensic pathologist in Gotham Hospital, where he’s tasked with examining the victims of The Harvester, a cannibalistic serial killer.

So after viewers stream “The Batman” on HBO Max, they can head over to Spotify and listen to a new exclusive series starring their favorite emotionally damaged superhero.

With so many ways to stream favorite franchises and other content, will theaters continue to go stale?