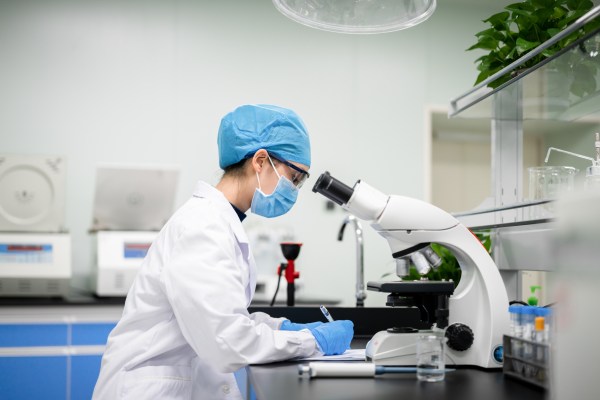 On the heels of the Biden administration’s decision to impose sweeping chip sanctions on China, there are signs that China might also lose access to other types of critical U.S. technologies including biotechnology, an area that has historically seen close cooperation between the two countries.

Areas “on my radar” for possible additional export controls include quantum computing, biotechnology, and artificial intelligence, said Alan Estevez, Commerce Department undersecretary for industry and security, according to The Washington Post.

The message is worrying for an industry that’s intrinsically global. Biotech is one of the few areas, alongside climate policy, that transcends nationalities and boundaries between countries. Scientific progress in China could well save lives in the U.S.

The globalization of the sector has also resulted in greater efficiency. As we wrote before, biotech firms often maintain a presence in China and the U.S. to leverage the different strengths of both sides. In China, they harness large reams of patient data, fast and cost-efficient clinical trials, as well as local tax cuts, government funding, and subsidized offices to advance their research.

At the same time, they keep operations in the U.S. to tap the country’s R&D talent and work towards FDA regulatory approval and commercialization. It’s not uncommon to see biotech startups increasingly labeling themselves “born global” and employing executives with experiences in China, the U.S., and other countries.

Needleless injection device maker NovaXS, for example, was founded by a Berkeley researcher who headquarters the company in the U.S. but conducts clinical trials in China. Xtalpi, one of China’s most-funded drug discovery startups, conducts research and business development in Boston, where it “maintains close communication with professors and experts from the research community as well as from the pharmaceutical industry,” while keeping multiple R&D centers across China.

When asked previously why the drug discovery firm Insilico straddles China and the U.S., founder and CEO Alex Zhavoronkov compared the space to the early semiconductor industry where “research was done mostly in the U.S. while hardware production happened in China.” Eastern Chinese city Wuxi especially has emerged as a global hub for contract research organizations, which conduct outsourced work for international pharmaceutical and medical device companies.

“International collaboration in biotechnology is a way to share this huge risk and cost. And by limiting collaboration in this field or even talking about it, the politicians demonstrate a lack of fundamental understanding of the industry and disregard for the health and well-being of their electorate,” he added.

Unlike the semiconductor and telecommunication sectors, whose development depends on expensive equipment and hard-to-acquire manufacturing expertise, barriers to entry in biotechnology are low. Likewise, as Eric Lander’s now infamous mapping of CRISPR’s development illustrates, both foundational research and key innovations in biotechnology often take place in the public domain and build on incremental advancements made across the globe. When breakthroughs, like employing CRISPR as a means of gene-editing, do occur they spread through global scientific networks with little heed for national boundaries. Consequently, it is not a zero-sum industry in which a single innovation sets any firm or country ahead for a prolonged period.

Signs of a clingy girlfriend